Tinubu has capacity to fix Nigeria – Emir of Dutse 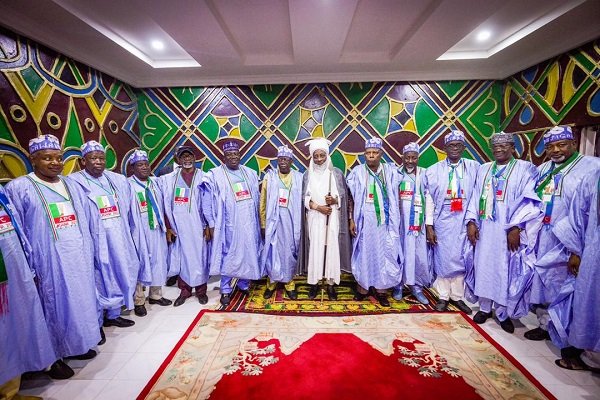 The chairman of the Council of Traditional Rulers of Jigawa State and Emir of Dutse, Alhaji Nuhu Mohammed Sanusi, has said that the presidential candidate of the ruling All Progressives Congress (APC), Asiwaju Bola Ahmed Tinubu can provide the leadership that will see the country out of the woods.

The first-class Emir spoke at the weekend when playing host to Tinubu in his residence in Dutse on the sidelines of the APC presidential campaign rally in Jigawa State.

The traditional ruler further commended the APC flag bearer for helping to bring the North and South together to form a strong political party.

He said: “I’m a keen follower of you and your political activities. You are one person that has the capacity and competence to rule the country.

“Nigeria had been polarised before. You were able to bring the North and South together under this administration.

“I attended your inauguration as the Jagaba of Borgu by the late Emir of Borgu. He was my friend. He was constantly talking about you and your good deeds.

“You also went to America to study just like me. And like you, I also did several menial jobs to survive.

“I’m also an Accountant like you. I have also read some of your books, particularly Financialism’. The only thing I lack, unlike you, is the will to play politics.”

The Emir reminded the APC candidate that Jigawa had no water, urging him to work with the state to end the water problem, among other things, if elected president.

Tinubu said he decided to pay a courtesy call on the Emir as “a leader and father” to seek his support for the presidency.

He assured the traditional ruler and others he would work hard to solve the nation’s pressing problems, adding “he will not sell or share the nation’s patrimony like a piece of cake. He has come to serve and he will serve the country.”