Following the ruling of the Court of Appeal sitting in Abuja that upheld the election of Senator Emmanuel Bwacha as the governorship candidate of the All Progressives Congress APC in Taraba state for the forthcoming general elections in 2023, supporters of the candidate and other party members on Thursday took to the streets of Jalingo to celebrate. 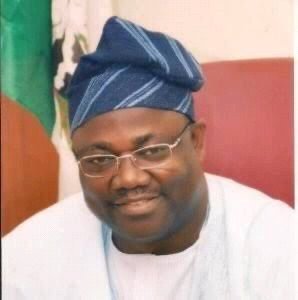 Mr Aaron Artimas, publicity secretary of the party in the state and spokesperson of the campaign organization of Senator Emmanuel Bwacha described the ruling as a landmark judgement that will put to rest all the unnecessary rancour that have bedeviled the party.

Artimas urged party members to celebrate without injuring the ego or sensitivity of others as the APC is a family and the issue was just a family affair.

“We welcome this judgement wholeheartedly. The judgement is very important to us because Taraba state is reeling in the face of deliberate misinformation that is aimed at creating confusion especially in our party. The good thing is that today’s judgement further confirms that our great party has a governorship candidate in the person of Senator Emmanuel Bwacha.

“We are aware of the efforts of the judiciary in avoiding conflicting judgements. This judgement has vindicated our position as a party that we conducted our gubernatorial primaries in accordance with the laid down rules and all the guiding principles. This lays to rest the conflicting agitations aimed at confusing ordinary party members.

“We want to appeal to all the people to sheath their swords, come together and let us work for the good of the party and indeed, the state. Taraba is in a very terrible condition now and it beholds on us all to save the state from the clutches of misgovernance”.

Some of the party members who spoke to our correspondent said that they were excited that the ruling had now given more fucus in the struggle of the party to take over the state in 2023 and liberate the people from bad government of the PDP led administrations in the state.

Senator Emmanuel Bwacha had earlier won his appeal against the ruling of the federal High Court sitting in Jalingo in his case against Chief David Kente who has proceeded to the Supreme Court.