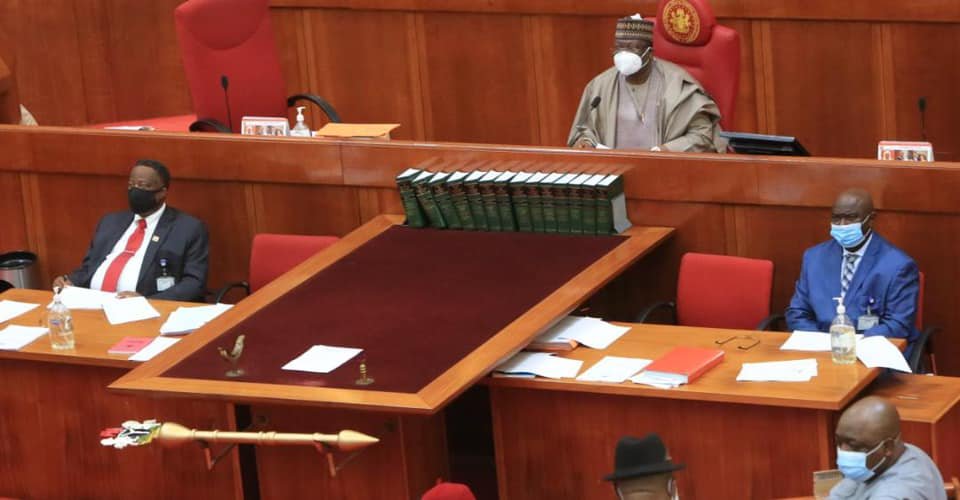 The Senate says it is probing the Nigerian Television Authority (NTA) and StarTimes Joint Venture Agreement over the non-profitability of the venture which had been since 2008.

Chairman, Senate Joint Committee on Finance and National Planning, Sen. Solomon Adeola, said this on Tuesday in Abuja, during an interactive session with some revenue-generating agencies of government.

The News Agency of Nigeria (NAN) reports that the upper chamber had, on Monday, queried the management of NTA, over 12 years of the non-profitable venture with StarTimes.

The Senate asked that the management should appear before the committee along with the Managing Director, NTA TV Enterprises, Mr. Maxwell Loko.

The joint venture agreement was that whatever accrued at the end of every financial year, 70 percent, goes to StarTimes and 30 percent to Nigeria.

Adeola queried why some of the accounts of StarTimes were in dollars and naira.

“If this business is truly owned and it is owned in Nigeria as you profess, this account should only be in naira value.

“Why you have structured it to be in dollars and naira, is for easy movement of dollars outside the country.

“In 2019, the total revenue for subscription is 36.1 million dollars and in naira terms, it is over N11 billion.

“On this note, we are going to set up a special investigative panel to look into this record before us, audited account from the few lines l am able to open and look into, there is a lot of issues,” he said

The chairman further called for the stepping aside of the Managing Director, NTA TV Enterprises, chief executive officer of StarTimes and the director of tax, for an independent investigation.

Also speaking, the Vice-Chairman, Senate Committee on Finance, Sen. Olubunmi Adetumbi, called for a forensic audit of the process.

He said, “an independent forensic audit of this exercise is needed so that we can open up where the issues are, if NTA needs to renegotiate its agreement, so be it.”

Adetumbi said that the situation and transaction were highly complex and beyond the public hearing to unravel, given the time and the nature of transactions.

“I will like to suggest to this committee and NTA that it is in order to open these books to ensure that Nigeria is having a fair deal from this relationship.

“We want to be sure that NTA is not taken for a ride and definitely the investment of Federal Government in NTA is also not being abused.

“Between 2008 and now, nothing in terms of return except that NTA was borrowing from StarTimes, its partners.

“No wonder and we are not surprised that you have not been able to declare anything,” he said.

A member of the committee, Sen. Yusuf Yusuf (APC-Taraba) said: “Whatever way we look at it, this thing is actually a messy situation.

“NTA signed an agreement with these people, which is a venture to form Star TV and then to be overlooked by TV enterprises.

“However, if you look at the shareholding, 30 percent is not TV enterprises.

“NTA has 30 percent and not TV enterprises. Whatever way you look at it, this thing is muddled up.

“That is why this venture could not generate income for the country.

“All of you are working for StarTimes. It is very clear why no kobo has come to Nigeria.

” I am sorry to say this and my language may be harsh, I don’t see patriotism in you working for the Nigerian people.”

Responding, Loko, the managing director, NTA TV Enterprises said “I don’t work for them, I don’t manage the company.

“It will interest the committee to know that it was indeed the National Broadcasting Commission (NBC) that introduced StarTimes communication of China to NTA.”

Loko explained that NBC granted the company license from August  2011 to 2016 in the first instance.

“We were expected to have paid N500 million as license fee,” he said.

INEC Getting Ready for Bye-election in Enugu – REC

Beyond the historic Onne landing