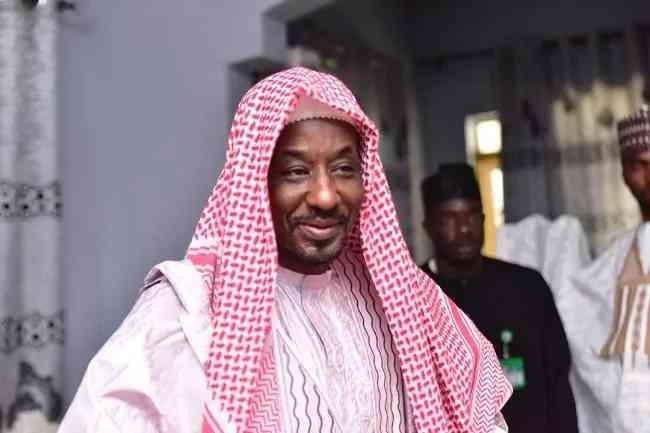 Former Governor of the Central Bank of Nigeria (CBN) and ex-Emir of Kano, Muhammad Sanusi yesterday listed the benefits of removing subsidy on petrol and further advised the federal government to implement structural reforms that would remove every vestige of subsidy in the system in order to attract productive investments.

Sanusi gave this advice during an interview on ARISE TV that dwelt on the Nigerian economy and his activities in helping less privileged children and women to have access to better education and healthcare in furtherance of the attainment of the Sustainable Development Goals (SDGs).

He stated that the subsidies on petroleum products made Nigeria the only oil exporting country that does not enjoy the benefits of increase in the price of crude oil in the international market.

So, if crude oil price goes up, the price of refined petroleum also goes up internationally from where we are importing. We will get the benefit of high crude oil and then we lose it immediately because we have to pay more as subsidy for importing petroleum products. So, we are the only oil producing country that does not see the benefit of rising oil prices. The bulk of whatever we get whenever the price of crude oil goes up also goes out immediately on importing petroleum product and the so called subsidy payment,” Sanusi said, adding that the “central bank can only give us single exchange rate only if the central bank has a steady flow of foreign exchange.”

“The recently announced conditions, such as the IMF’s recommendations on removal of fuel subsidy, though painful, are the necessary structural adjustments we need to make in order to improve the revenue profile of the government.

“I think it is about fundamentally thinking on how we will re-structure our economy in terms of development as opposed to rent-seeking,” he said.

The former governor of the CBN said that the only outlet for the government to earn revenue under the current circumstances if it failed to implement reforms conclusively, would be to hope that oil prices would go up or borrow and impose taxes on the private sector.

“But again, how many people will suffer? Are we ready for that at the moment? The government cannot at this time start increasing taxes on people when they are suffering.

So let us have the structural changes that can attract investments. All we need is foreign investments into productive sectors.”

He also warned that the retrenchment of workers in order to cut government expenses would be counterproductive because it would deprive households of income and plunge many families into poverty. “Retrenchment can reduce budget deficit but will throw more people into poverty,” he said, adding that “what that means for them as citizens and families could very well be the difference between law-abiding poor but a contented neighbor and a criminal.”

He also said the more than six per cent drop in the countries $250 billion GDP recorded in the second quarter would have a massive telling impact on the people.

“Look at the Nigerian economy as one with $250 billion. One per cent of it is $2.5 billion then multiply that by the exchange rate, and divide that by say the minimum wage of say N30,000. You will probably find that the income of between five to 10 million people have been wiped out.

“For every one per cent drop in the GDP, that is $2.5 billion of goods and services taken out from income. That income could be profit, it could be rent or it could be wage. In Nigeria, it is wages most likely. So, you can easily see how many more people have been pushed into extreme poverty with this six per cent drop in GDP. It is massive that a poor country’s GDP dropped by six per cent,” Sanusi said.

The former Emir of Kano said that the federal government must be determined in its insistence that anything the country could produce locally, with some level of comparative advantage, should not be imported in order to boost the economy, create employment and reduce poverty.

He advised the federal government to mobilise West African countries to have a uniform high tariff that would discourage importation of products like rice and textiles.

This, according to him, would be more reliable than the current border closure the federal government imposed since August 2019. “The closure of the borders can only be a temporary solution. We need to engage our neighbours and agree that all of us in West Africa need to create a situation where we do not import that which we can produce locally. So that our farmers are not wiped out by farmers in Thailand and India and our textiles are not wiped out by textiles from China.

“Why do we need to import shoes? We have factories in Aba where you can produce shoes. So why can’t we have that too in Kano so we can produce all the shoes and bags we need in Nigeria and have the entire West Africa market closed to foreign shoes and bags and if the international brands want this market, they can set up locally, use the same leathers we export to Italy and Spain to employ labour here to produce.”

The former Emir of Kano said that his eyes are not on political appointments or electoral office because they are not the only ways of rendering public service.

He said: “People have been talking to me about politics even when I was at the CBN in 2011; that they wanted me to be presidential candidate. I have never had an interest in partisan politics. The nature of my family is that we consider ourselves as leaders of all people and politics can be very divisive. You can join one political party and then alienate yourself from others.

“All I can say is that this is not something that is for me as an objective. I think there are many ways of being of service to the nation. If you look at my CV, I started off as an academic. I was teaching economics at Ahmadu Bello University and after just two years before I could complete my Master’s thesis I decided to go into banking for just no reason. And I have made a success of my career as a banker, as a regulator and as an Emir.

“Maybe it is time to publish some collections of my articles that have no relationship with economics at all. They are about Sharia, identity etc. I had written some of them between 1999 and 2005. It may come out in a few months. Then the book on central banking will come out.

“I still will like to write a book on the impact of certain interpretations of Moslem family laws on the development of Nigeria. It will deal on the interpretation of the law and certain cultural practices around child marriage, child rights and how they have contributed to poverty and underdevelopment in Northern Nigeria.

“And in the process I am thinking that maybe I could get a Ph.D and maybe go back to my first career that I never concluded and just be a professor in different universities abroad. And the great thing with the life I have led is that if I complete that Ph.D, how many universities would have someone with a PhD who has been a bank CEO, Governor of Central bank and Emir? So, it is a kind of CV that would give you any university in the world, whether it is Harvard, Oxford or Cambridge and anywhere you want because it is now about my entire life experience.

“I am going to take life as it goes. I am in no hurry. I have enough on my plate and I see my life as life of service and I don’t think that public service is limited to elected office. Any opportunity I have to serve, I would take it if it is something I think I am capable of delivering. I have no immediate plans to go into politics.”