Sanusi: I’ve No Immediate Plans to Go into Politics 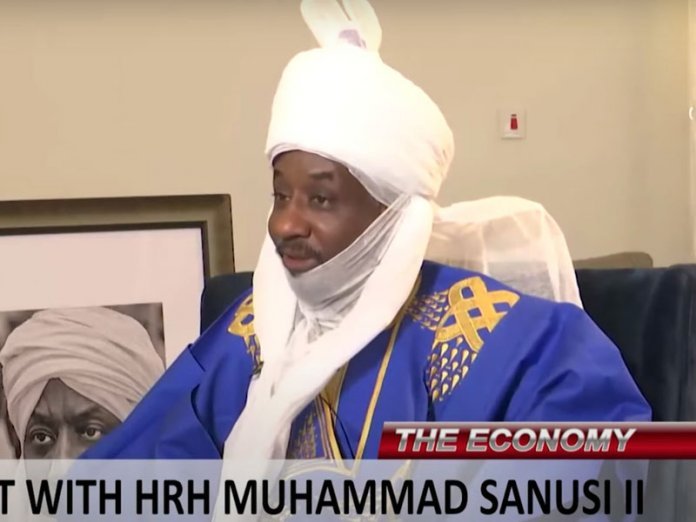 Former Emir of Kano, Muhammed Sanusi II, has said he has no immediate plans to go into partisan politics.

In an interview on Friday with ARISE TV, Sanusi who recalled that people had been talking to him “about politics forever,” hinted that he plans to return to the academia where he began his career.

“When I was in the Central Bank 2011, people came to me, they wanted t me to be a candidate, I have never had interest in partisan politics. The nature of my family is that we consider ourselves leaders of all people and you know politics can be very divisive. You could just join one political party and then you alienate yourself from others,” the former emir said.

Sanusi also said plans to write three books while running a fellowship programme at Oxford University in the United Kingdom from October.

“All I can say is that for me it is not something that is an objective. There are many ways of being of service to the nation. One possibility for me, if you look at my CV, I started off as an academic, after two years, I completed my masters and went into banking for some reasons. I have been a banker, a regulator, an emir.”

According to him, one of the books he is working on is sharia, society and identity, while another is on the central bank and its response to global financial crisis.

The third book, according to him, will focus on the impact of Muslim family law and cultural practices on the underdevelopment of northern Nigeria.

Speaking further, Sanusi said: “And maybe in the process go back to that very first career that I never completed. I can just be a professor in different universities abroad and the great thing with the life I have led is that not all universities have someone with a Ph.D, a bank CEO, a governor of the central bank and emir.”

He added: “It is a type of CV that will give you to any university in the world, even if it is Harvard, Oxford, Cambridge, anywhere you want because it is about your entire life experience.

“I can’t see the future, so I will take life as it goes. I am in no hurry. Ihave enough on my plate. I see my life as a life of service but I just don’t think that public service is limited to elected office, and any opportunity I have to serve I will take as long as it is a role I think I am capable of delivering. But I have no immediate plans to go into politics now.”

Sanusi also spoke about his advocacy for good governance and the need to cater for the poor in the society.

“We all need to understand that as human beings we are part of the wider society. Our happiness, our success, prosperity will come to nothing if we do not ensure that the vast majority of those around us will share in that prosperity and that success,” he posited.

The former CBN governor said the societies that had attained stability, peace and progress had done that by lifting up people at the bottom of the pyramid.

Sanusi said he grew up in an environment where, for his parents, leadership was first and foremost about serving people. “Religiously, there is a conviction that if you are placed in a certain position, the worship of God in that position is to bring happiness to the people. It is not so much about just showing piety or going to the mosque. It is about if you are in a posjtion of leadership, what have you done as gratitude to God by helping those who are less privileged?.”