Road to 2023: Tinubu Is The Answer To Nigeria’s Presidency

The Minister of State for Petroleum, Chief Timipre Sylva has declared that the All Progressive Congress (APC) presidential candidate, Bola Ahmed Tinubu is the answer to Nigeria’s Presidency. 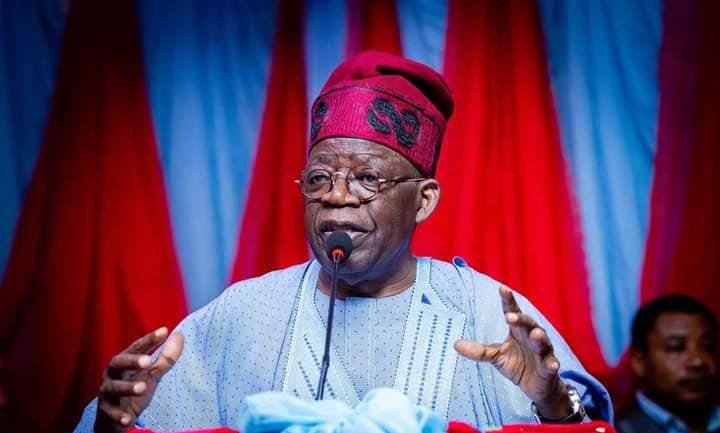 Share FacebookTwitterWhatsAppEmailTelegram
Sylva who stated this over the weekend at the Bayelsa APC stakeholders meeting which had in attendance the national Vice- Chairman , South- South, Chief Victor Giadom and other zonal executives, urged the party members to disregard all the noises about other candidates.

He criticised Atiku for selling off the Aluminium Smelter Company of Nigeria (ALSCON), Ikot- Abasi,Akwa- Ibom State at a ridiculous price noting that his preoccupation to become Nigeria’s president is to sell the NNPC.

On Obi, Sylva said the Labour party presidential candidate from his tenure as governor in Anambra State does not have what it takes to lead Nigeria.

Let me thank Pastor Rueben and all of you that have been working tirelessly to promote the interest of our presidential candidate, Ahmed Bola Tinubu, the Jagaban of Nigeria.

Let nobody come and tell you any story. They tell you about Obi. I want to ask Obi when I see him what he did in Anambra State when he was governor. There is a big problem we must realise in Nigeria. Our population is growing at an alarming rate. So the problem of Nigeria first is to see how we can multiply and create opportunities for people to have jobs. Today our population is about 200million people, in 15 years time, our population is projected to be 350 million people. By the year 2050, our population is projected to be the third largest population in the world. After China and India, it would be Nigeria. Now someone like Obi, he does not know how to increase opportunities from what we know about him and what he did in Anambra State. Let us take an example from what he did. He can’t do it. People are just shouting Obi, if they like let them be Obedient to poverty. It is their choice.

Now you talk of Atiku, all he knows is to sell government properties. Now ALSCON was sold in Ikot- Abasi. That plant was built for $1.5million, brand new. That place was sold for $130 million. Till today that place has not functioned, no opportunity is being created. Atiku has told us that his problem is now to sell NNPC. He has announced that his intention is to sell NNPC. Atiku’s only interest is to sell NNPC to his friends. Someone like Atiku has nothing to offer to Nigerians.

Huge Crowd Attends MC Oluomo And Others’ Rally In Lagos For Tinubu And Sanwo-Olu.