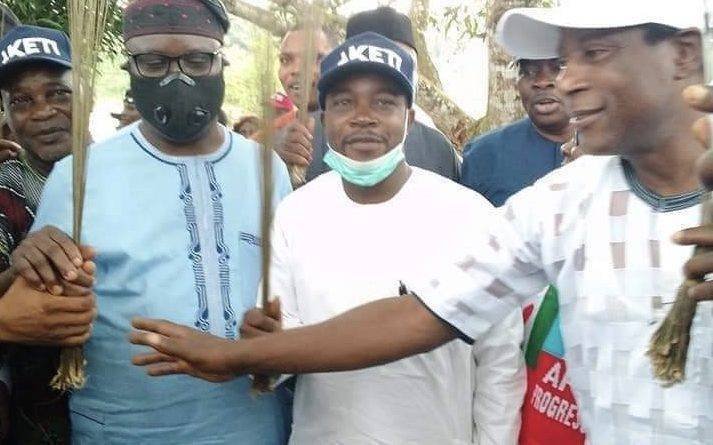 A former Attorney General and Commissioner for Justice in Ondo State, Mr. Remi Olatubora, has finally joined the ruling All Progressive Congress (APC).

He took the decision six days after resigning his membership from the opposition Peoples Democratic Party (PDP) ahead of the October 10, governorship election in the state.

He joined the ruling APC today in Ode Irele, headquarters of Irele Local Government Area of Ondo State, where he was received by prominent members of the party.

When he tended his resignation letter to the PDP party Chairman in Ode-Irele last week, many speculated that he would definitely head to the Zenith Labour Party to join his boss of eight years, Dr. Olusegun Mimiko.

He served as a Commissioner under the administration of Mimiko for eight years in different capacities.