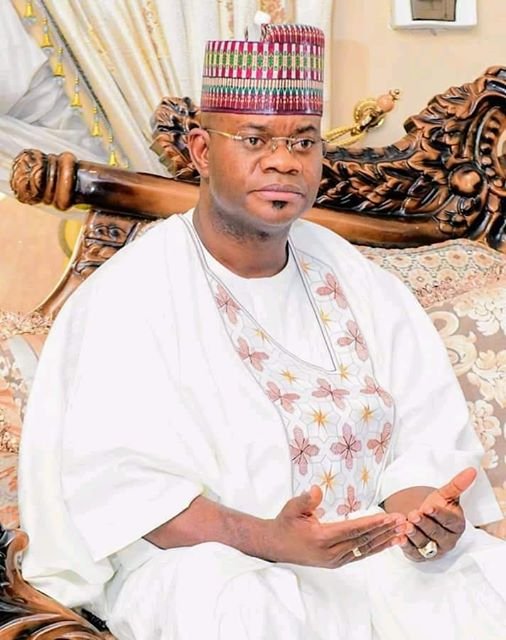 Share FacebookTwitterWhatsAppEmailTelegram
DISTINGUISHED SENATOR SMART ADEYEMI COMMENDED GOVERNOR YAHAYA BELLO ON THE SIGNING OF CONFLUENCE UNIVERSITY OF SCIENCE AND TECHNOLOGY, AND REFERENCE HOSPITAL BILLS INTO LAW, SAYS IT IS A TURNING POINT IN THE EDUCATION AND HEALTH SECTORS OF KOGI STATE.
The Senator representing the good people of Kogi West, Distinguished Senator Smart Adeyemi, has extended words of commendation to the pragmatic and dynamic Executive Governor of Kogi State, Alhaji Yahaya Adoza Bello, on the signing of the Confluence University of Science and Technology, and Reference Hospital bills into law.
The Senator noted that in this age of revolution in science and technology towards industrial development if any state needed such a University, it is Kogi State. He, therefore, described the decision to establish the university as a courageous and visionary one, considering the enormous mineral resources with which Kogi State is blessed, from the Ajaokuta Iron and Steel, to the Ibaji crude oil deposits, to gold deposits across Ijumu, Kaba-Bunu, and Yagba land, to the marble deposits and cement factory in Obajana, Kogi State is ripe and due for a Science and Technology University.
Related Posts

Nov 30, 2022
Further, he said the design of the university as a multi-campus institution is an indication of the governor’s intention to ensure the even spread of development, noting that he trusts that the governor will do the needful when it is time.
On the Reference Hospital which is to be located in Okene, the Senator stated that it could not have been more timely, considering the rate of foreign medical trips, and particularly in the face of the world’s seeming unpreparedness for the COVID-19 pandemic.
In his words, the government of the various states in Nigeria are faced with the challenges of equipping their hospitals with modern and state of the art medical equipment so as to be steps ahead of new and emerging health challenges. Therefore, such a Reference Hospital as initiated by the governor will reduce the exodus of people abroad on medical pilgrimage and thereby help to preserve our foreign exchange, as it will not only serve Kogi State but Nigeria and even foreign countries.
Also, the Senator said that the people of Kogi West solidly stands with, and by the governor on this double-barrel developmental strides.
He also highlighted that both institutions will go a long way towards reducing unemployment, as well as serve as a stimulus for the socio-economic development of the entire state.
Finally, Senator Smart implored the people of Kogi West to continue to give their total and unconditional support to Governor Yahaya Bello for the various bold and visionary strides he has been known for as the captain of the New Direction Team.
Signed:-
Chief Olowo Cornelius,
Legislative Aide to Distinguished Senator Smart Adeyemi,
NASS-ABUJA.
11
Share FacebookTwitterWhatsAppEmailTelegram

Aisha Buhari appreciates all Nigerians for their prayers