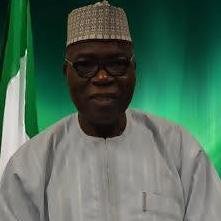 JOS – A former Minister of the Federal Capi­tal Territory, Jer­emiah Useni, and his loyalists have indicated interest to set up a parallel state executive committee of Peoples Democratic Par­ty in Plateau State.

Useni said the setting up of a new caretaker com­mittee to run the affairs of the party followed the res­olution of Governor Sam­uel Ortom Committee that was mandated to resolve all the lingering crises in the party in the state before setting a date for the state congresses of the party.

Two of four chairman­ship aspirants of the party in the persons of the ex-federal lawmaker, Bitrus Kaze, and a former Commissioner in the state, Aminu Zang, who was at the meeting, con­demned what they called factional state congress of the party that was held at the weekend in Jos under supervision of some party officials that came from the national secretariat.

Daily Independent gath­ered that the Useni loyal­ists, who went into a closed-door meeting to deliberate on who should make up the list of new party officials in the state from the list of par­ty aspirants, told newsmen that the names of party of­ficials to run the affairs of the party would be released to Plateau public soon.