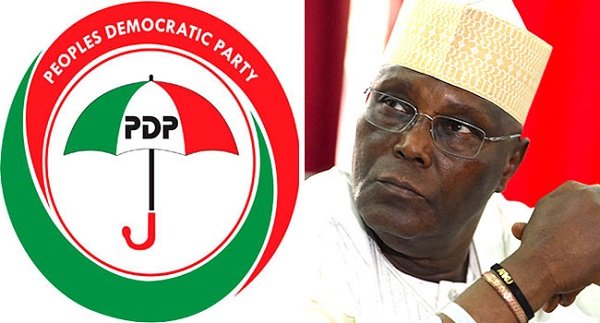 The quest by the Peoples Democratic Party, PDP, to return to power especially at the centre should be critically scrutinised given the abysmal performance of their 16 years misrule which is seen by most pundits as the dark days of Nigerian economy.

Perhaps the 2023 presidential election may have been seen to be a four race contest between four candidates running on the platforms of four political parties, the All Progressives Congress, APC, having Senator Bola Ahmed Tinubu as its candidate, the Labour Party, LP , whose adherents are termed Obedience with its Candidate Mr. Peter Obi and The New Nigeria Peoples Party , NNPP, having Senator Musa Kwankwoso as it’s candidate as well as the PDP with Alhaji Atiku Abubakar as its candidate.

With barely 150 days to the 2023 general elections, the pivotal questions people of unperforated conscience should ask the PDP and its presidential candidates is their pattern of handling of the nation’s economy when they held sway at the helm of power for 16 years despite the humongos oil sales in dollars.

All luminous indices for economic prosperity in the land were all available during the 16 years reigns of PDP but rather than investing the turnover gained from the oil boom, the money was frittered away by peoplle in power or individuals with close proximity to the corridors of powers right from the local government level to the center, fattening and feeding stomach of a few persons thereby leading the nation on the pathway of economic doom.

The 16 years of PDP reigns dug an in-depth graveyard for the nation’s governance system wherein those that still believe in the PDP should ordinarily bury their head in shame instead of asking the good people of Nigeria to vote for them in 2023. Perhaps their focal intention for coming in 2023 is to bury the little life left in our economic system.

There is simply no wisdom in putting a kleptomaniac manager in the affairs of one’s sacred resource. The probable outcome is wastage, depletion and possible extinction of the resource. PDP is synonymous to waste and depletion of our Economic prosperity. However, Nigeria is too sacred with a high level of inviolability to allow it being wasted under the watch of kleptomaniac managers such as we had for 16 years under the PDP. Allowing the PDP to return back to power is exposing our beloved Nigeria to be deprived of economic nourishment.

One singular ripple effect of COVID-19 pandemic on global economic system is economic depression and recession. There are many countries that have not recovered from this malaise. This onerous effect is transboundary. Not even some countries with striving economies escaped it. The world at large is still feeling the impact even as most nations including Nigeria are putting up measures to ameliorate it’s effects and possibly overcome it.
There is therefore a clarion call with ultimate need for people of good conscience such as Senator Ahmed Bola Tinubu with sound economic management prowesss to Mann and manage the affairs of our economy come 2023 rather than allowing scandalous scavengers to supretend over it. The truth remains that, those who failed to prepare for the rainy days even when they had all it takes to do so may not be able to subdue the impact of the rain when they are finally drenched.
The PDP has a porous umbrella. It’s umbrella provides both discomfort and economic heat rashes. It has Holo of poverty and in it is a hole of corruption. It’s umbrella is a hindrance to economic photosynthesis as it serves as a debacle to the sun rays of economic wisdom. In that umbrella is a sickle that has milked off the sweet honey of our national economy and democratic values.
Such an umbrella should be folded and never allowed to be seen again in our space. It is a simple knowledge that until there is remodeling of a failed theory, attempting it may amount to gross fiasco. The PDD has failed Nigeria using empty and failed theoretically endemic concept of governance. High Profile scholars such as Emir Senusi Lamido Senusi, Dr Okonjo Iwella , Prof Charles Soludo and many more others kept sounding warning on the dangers ahead as money was being withdrawn from the central Banks of Nigeria just like POS centres on our street.
There was enough resources from the sales of our oil, yet our economy was leaned and emanciated. The profits was not felt on the economy. It was to them, a soft National cake where a few people with the knife of power had access to it. The National cake was knifed until there was nothing left for the bakers (Nigerian People) . The same people shouldn’t be allowed access to our national bakery anymore. As the 2023 presidential election looms large, Nigerians should be more cirumspect with concerns about the management of our national economy and never again allow those who brought our national economy to the Red Sea of backwardness ,
Dr Tom Ohikere
14
Share FacebookTwitterWhatsAppEmailTelegram