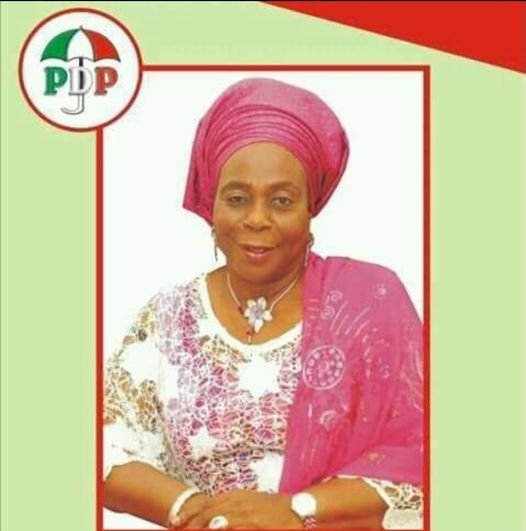 The Senator representing Ekiti South Senatorial District in the National Assembly, Biodun Olujimi, has alleged that the support the national leadership of the Peoples Democratic Party is giving a former governor, Ayodele Fayose, will destroy the party in Ekiti State.

Olujimi, who spoke with journalists in Abuja, on Monday, denied claims that Governor Kayode Fayemi was supporting her faction of the party in the state.

Two factions of the PDP led by Fayose and Olujimi held parallel state congresses on Saturday and produced two executive councils of the party.

Olujimi said, “The national executive of the party is behind the former governor. If not, why did they allow him to write the list of every delegate during the ward congresses, including those from my senatorial district?

“I believe that is the way the national body wants it because, from the start, the congress was built to fail.”

However, the Chairman of the Fayose-led faction of the PDP, Bisi Kolawole, said he was reaching out to all aggrieved members in order to unite the party.

He said, “Disagreement is not alien to any political setting and at the appropriate time, we will come together and continue to be one. We have only one PDP in Ekiti. I heard the APC saying that we are factionalized.

“We are going to reconcile all reconcilable because not everybody will come on board, some people will be adamant. We have started the process.”