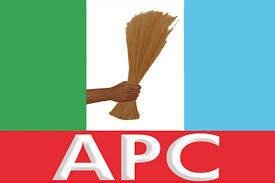 The various blocs within the All Progressives Congress (APC) in Oyo State have agreed to allow the executives of the party at all levels in the state to complete their tenure while reconciliation efforts progress.

They took the decision at the ongoing reconciliation meeting holding at the Bodija, Ibadan residence of the chairman of the committee, Chief Adebayo Alao-Akala.

Various party leaders who addressed the meeting submitted that sacking the executive will create another problem and thwart the reconciliatory efforts ahead of the 2023 election.

The governorship candidate of the party in the 2019 election Bayo Adelabu, Sen. Teslim Folarin, Dr Sola Ayandele, Hon. Segun Odebunmi and others posited that since members of the serving executive are part of the party, they should be allowed to carry on with their job till their tenure expires in about 18 months.

Responding, Alao-Akala explained that executives at all levels can not dictate for the party because party leaders work with them. He emphasized that once members embrace peace and work for a stronger party, there won’t be need to worry about executives.

Aggrieved members had posited that those who purchased forms for contest should be refunded and that party executives should be sacked as a way to move forward.

At the meeting were elected National and State Assembly members.