No going back on removal of petrol subsidy – Buhari 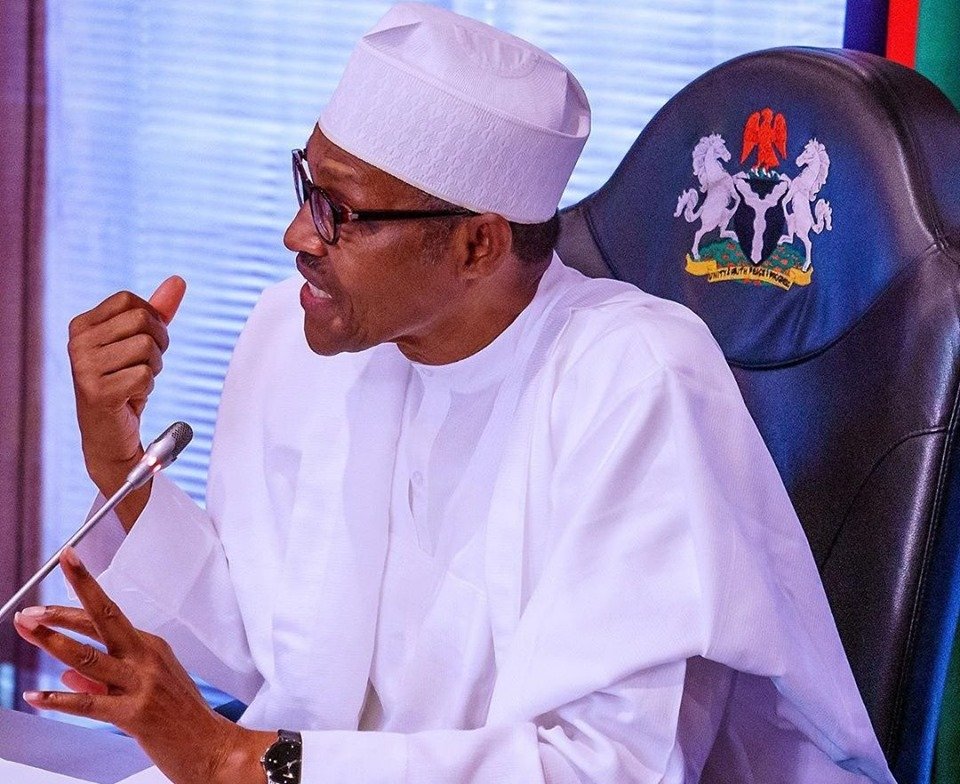 President Muhammadu Buhari has said that there will be negative consequences if the government continues with the business of fixing or subsidizing the prices of Premium Motor Spirit (PMS) known as petrol.

The president said that the COVID-19 pandemic has led to a severe downturn in the funds available to finance the nations’ budget and also severely hampered the government’s capacity.

Mr. Buhari said that one of the steps the government took at the beginning of the crisis in March when oil prices collapsed at the height of the global lockdown was the deregulation of PMS.

He, however, assured that the government is working towards mitigating the impact of the deregulation on the citizens.

“There are several negative consequences if the government should even attempt to go back to the business of fixing or subsidizing PMS prices.

“First of all, it would mean a return to the costly subsidy regime; today we have 60 percent fewer revenues; we just cannot afford the cost.

“The second danger is the potential return of fuel queues – which has, thankfully, become a thing of the past under this administration.

“Nigerians no longer have to endure long queues just to buy petrol, often at highly inflated prices; also, as I hinted earlier, there is no provision for fuel subsidy in the revised 2020 budget.

“Simply because we are not able to afford it, if reasonable provisions must be made for health, education and other social services,’’ he said.

The president said that the government is extremely mindful of the pains that higher prices mean at this time.

He said that the government did not make the sacrifices that all Nigerians had to make for granted.

“We will continue to seek ways and means of cushioning pains especially for the most vulnerable in our midst.

“We will also remain alert to our responsibilities to ensure that marketers do not exploit citizens by raising pump price arbitrarily.

“This is the role that the government must now play through the Petroleum Products Pricing Regulatory Agency (PPPRA).

“This explains why the PPPRA made the announcement a few days ago setting the range of prices that must not be exceeded by marketers.

“The advantage we now have is that anyone can bring in petroleum products and compete with marketers, that way the price of petrol will keep coming down.’’

Mr. Buhari said the recent service-based tariff adjustment by the Electricity Distribution Companies (Discos) had also been a source of concern for his government.

The president said that as many Nigerians, he is unhappy with the quality of service given by the Discos, but there are many constraints including poor transmission capacity and distribution capacity.

Mr. Buhari said he already signed off on the first phase of the Siemens project to address many of these issues.

“Because of the problems with the privatization exercise, the government has had to keep supporting the largely privatized electricity industry.

“ So far to keep the industry going we have spent almost N1.7 trillion, especially by way of supplementing tariffs shortfalls.

“We do not have the resources at this point to continue in this way and it will be grossly irresponsible to borrow to subsidize a generation and distribution which are both privatized.

“But we also have a duty to ensure that the large majority of those who cannot afford to pay cost-reflective tariffs are protected from increases.’’

According to Mr. Buhari, the Nigerian Electricity Regulatory Commission (NERC), the industry regulator, approved that tariff adjustments had to be made but only on the basis of guaranteed improvement in service.

He said that under the new arrangement, only customers, who are guaranteed a minimum of 12 hours of power and above, can have their tariffs adjusted.

Mr. Buhari said that those who get less than 12 hours supply, or the Band D and E Customer must be maintained on lifeline tariffs, meaning that they will experience no increase.

“This is the largest group of customers; the government has also taken notice of the complaints about arbitrary estimated billing.

“Accordingly, a mass metering program is being undertaken to provide meters for over 5 million Nigerians, largely driven by preferred procurement from local manufacturers – creating thousands of jobs in the process,’’ he said.

He said that the N2.3 trillion Economic Sustainability Plan (ESP), consists of fiscal, monetary, and sectoral measures to enhance local production, support businesses, retain and create jobs and provide succor to Nigerians, especially the most vulnerable.

Earlier in his opening address, Boss Mustapha, Secretary to the Government of the Federation, said the retreat was expected to provide an opportunity for the government to review the First-Year report of the ministerial mandates.

ADDRESS BY HIS EXCELLENCY, MUHAMMADU BUHARI, PRESIDENT OF THE FEDERAL REPUBLIC OF NIGERIA, AT THE FIRST YEAR MINISTERIAL PERFORMANCE REVIEW RETREAT IN THE  STATE HOUSE CONFERENCE CENTRE, ABUJA