Nnamdi Kanu and his senior lieutenants 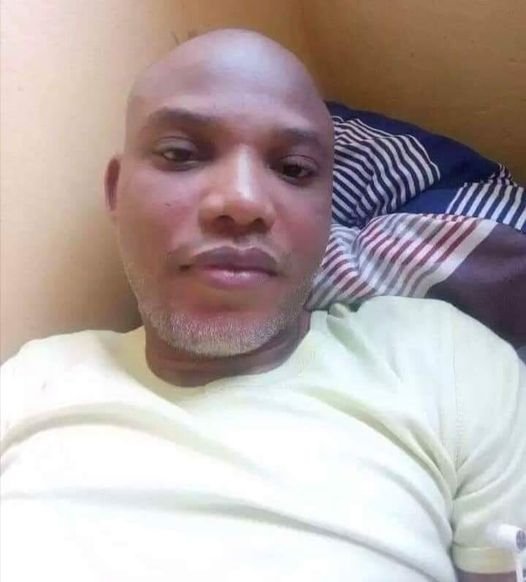 Share FacebookTwitterWhatsAppEmailTelegram
Nnamdi Kanu and his senior lieutenants know there cannot be a country, Biafra. However, Biafran activism makes them relevant and makes them very rich. So, the object of Kanu’s continued agitation for Biafra is not to achieve Biafran independence but to retain his mesmeric sway on his followers, which, in turn, builds his financial empire. Not surprisingly, his speeches are not strategic. They are tendentious rubbish – gossips and trivialities – that resonate with his credulous and deluded followers. He gossips about Babangida and his late wife, Miriam, and Jubril from Sudan; and prattles about other trifling issues about Aso Rock. His speeches are a truculent blend of falsehood, incitements and insults. They nauseate discerning minds but enthrall his ignorant and confused followers.
To his followers, he postures as a statesman promoting the Biafra cause among European and American presidents and prime ministers and international bureaucrats at the United Nations and European Union. One salient element of diplomatic protocol is reciprocity. Governments negotiate with governments, presidents meet with presidents, foreign minister, with foreign ministers, etc. There is neither a country, Biafra, nor a government, government of Biafra, anywhere in the world. The UN is an association of sovereign nations. Kanu represents no sovereign nation. He is a fugitive, running away from the law of his country. In addition, his speeches are vulgar, virulent and provocative. Invariably, they outrage the civilized and genteel sensibilities that populate the United Nations, European Union and the corridors of power in Western countries. So, on his “diplomatic” trips, who do you think this Nigerian fugitive meets with?
Related Posts

Jan 27, 2023
Although his propagandists attempt to cast him as hobnobbing with the powers that be on his “diplomatic trips”, he cannot meet with any worthy member of any government or international organization. The central question remains how does IPOB’s posturing, lies and propagandistic distortions advance the prospects of a referendum on Biafran independence?
Tochukwu Ezukanma writes from United Kingdom.
30
Share FacebookTwitterWhatsAppEmailTelegram