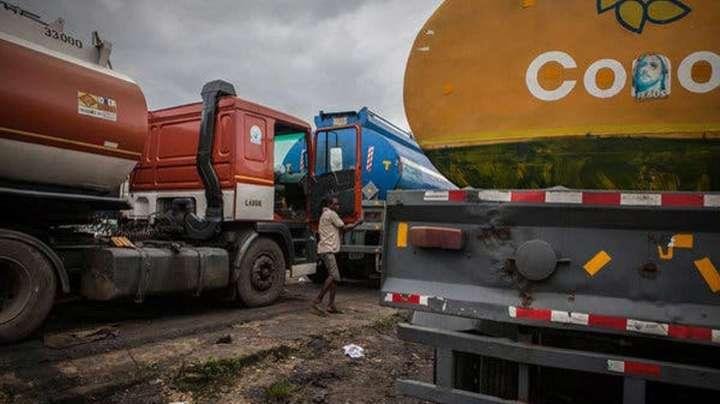 Neighboring Niger Republic, which started commercial oil production in 2011, now exports petroleum products to Nigeria, as Egypt and Algeria lead African operations with 13 refineries. Both countries (Egypt and Algeria) have a combined capacity of 1.4 million barrels per day.

For decades, Nigeria’s three major refineries have been grounded to near-zero capacity utilization with all of its refined fuel imported from other countries. Data exclusively obtained from the African Refiners & Distributors Association (ARA) revealed that strong refinery performance in Niger meets local fuel demand, and excess production exported to Nigeria, Mali, and Burkina Faso.

The continental body also raised concern over the importation of dirty fuel into Africa and predicted health and environmental challenges, unless refineries upgrade to meet Sustainable Development Goals (SDGs) and enable the export of ‘white’ products.

While the total budgeted oil revenue for 2019 was N3.73tn, statistics from the Petroleum Products Pricing Regulatory Agency (PPPRA) showed that Nigeria spent N3trillion on 18 billion-liter imports of Premium Motor Spirit (PMS). The government was said to have paid as much as N1 trillion every year to subsidize consumption, a serious foreign exchange challenge to the country.

AS the country struggles to get its refineries working and to attract foreign investment to the downstream sector of the oil industry, Niger has built a single 20,000-barrel per day refinery with the configuration for the local market. The facility is currently turning out liquefied petroleum gas, 7 percent; gasoline, 32 percent; and diesel, 61 percent, to enable it to optimise stranded crude supply.

At a time politics has continued to becloud Nigeria’s turnaround maintenance in refineries, with billions of dollars going down the drain, Niger built its refineries in less than three years, pushing utilization from zero to about 90 percent in 2019.

The Nigerian National Petroleum Corporation (NNPC) had boasted that Nigeria’s four refineries had a combined capacity of 445,000 barrels per day (bpd) and had gulped more than N148 billion in the last 13 months processing less than 40,000 metric tons of crude oil. As of 2013, Nigeria’s refineries were producing 113,524 tonnes of gasoline, 217,222 tonnes of diesel, and more than 20,000 tonnes of bottled liquified natural gas for domestic use per year, a report quoted by Wikipedia noted. But the refineries, in 2018 alone, made a total loss of N132.5 billion, a 39 percent increase from the N95.09b loss incurred in 2017.

But for Algeria, which comes third in terms of crude oil production in Africa after Nigeria and Angola with an output of about 1.1 million daily productions, ARA, in a document presented by its Executive Secretary, Anibor Kragha, showed that five refineries had remained operational with a combined capacity of 623,000 bpd and a condensate splitter of 107,000 bpd.

AGAINST the argument that the government is a poor manager of a business, the refineries in Algeria are fully owned and operated by the national state-owned oil company of Algeria, Sonatrach.

Already, the country is currently planning to expand cracking and reforming capacity to produce higher-value fuels as it optimizes local crude supply with plans to expand the Hassi Messaoud refinery from 26,413 bpd to 110,000 bpd by 2024 and construction of diesel desulphurization units for all refineries to commence planned AFRI clean fuel specifications.

While Sonatrach owns more than 75 percent of total hydrocarbon production in Algeria, and International Oil Companies (IOCs) account for the remaining 25 percent, utilization of the refineries (Algiers, Arzew, Has Messaoud and Skikda) stand at 90 percent at over 600, 000 barrel daily.

AT a time Nigerians are facing the impact of the government’s deregulation policy with a continual increase in pump prices, Kragha revealed that eight refineries (with a combined capacity of 782,000 bpd) and five processing plants had placed Egypt as Africa’s largest refining hub. Against the poor management of Nigerian own refineries, the refineries in Egypt are state oil as total national capacity utilization stood at around 71 percent in 2019.

While Africa’s SDGs encompass transitioning to cleaner fuels by upgrading refineries and infrastructure and driving industrialization and innovation, Kragha stated that goals would remain elusive unless the continent maximized high-value products that address local and export markets.

African Union had made move to adopt AFRI Clean Fuels Roadmap being championed by ARA to harmonize cleaner fuel specifications thereby reducing sulfur in fuels from about 150 ppm to 10 ppm by 2030.

WHILE the Nigeria Natural Resource Charter (NNRC), in its Benchmark Exercise Report (BER), revealed that Nigeria had made N83 trillion from oil and gas in the last 37 years, over N10.7 trillion was spent on petrol subsidy between 2006 and 2019.

Decrying continuous dependency on importation amid the dismal performance of refineries, industry players have insisted that Nigeria had no alternative than to rehabilitate its refineries.
They backed the move for the NNPC to revive the Port Harcourt Refinery, stating that it was the only solution, especially as its assets could become scraps should other private refineries come on board.

Former management staff at the NNPC, Diran Fawibe, noted the burden of subsidy and importation of fuels despite Nigeria’s leading position in crude oil production as shameful.

According to him, rehabilitating the refineries remained in the best interest of Nigeria, adding that the assets could be as good as scrap if other private come to begin operation.

The mineral/energy resource economist and former president of the Nigerian Association for Energy Economists (NAEE), Wunmi Iledare, said the country had the necessary human financial resources to make the oil sector work instead of depending on other countries.

“There is no alternative in my opinion to rehabilitation,” he said, stating, “Nigeria has what it takes to turn the sector around.”
According to him, there was a need to use capable hands in running the refineries.

Iledare added that, while the refineries remained NNPC assets, what the Corporation does with them must be an apolitical board decision.

He also stressed the need to overhaul the assets in a cost-effective manner before the refineries become “nothing but scrap.”

“I bet that if Dangote Refinery becomes operational before the revamp, those four refineries might become nothing more than the Nigeria Airways’ assets of old. God forbid and that is why NNPC is scrambling to do what needs to be done,” Iledare stated.

A former Director-General, West African Institute for Financial and Economic Management (WAIFEM), and professor of Economics and Public Policy, University of Uyo, Akpan Ekpo, had also told The Guardian that the nation’s refineries must be commercialized, stressing that the poor performance of the assets was a national disgrace and a setback to Nigeria’s development.

According to him, the Buhari administration must call for a deep discussion to ensure immediate blockage of all leakages coming from the facilities.

“So much money has gone into the refineries, and this has been a long-standing problem. The entire oil sector has to be revamped.

The losses are real. So, we should commercialize all the refineries, as we cannot continue this way,” Ekpo said.

Eromosele, who noted that the lingering challenge was surmountable, added that keeping the assets in government’s care would limit the need to diversify the economy from oil. He alleged that NNPC’s perpetual interest in the refineries was an indication that the Corporation was using them to divert public funds into private pockets.

“We need to privatize the refineries. Those refineries are only a way of funneling money into private pockets. We need to channel the money into economic diversification,” he said.

Currency devaluation: Why it happens and what we can do about it