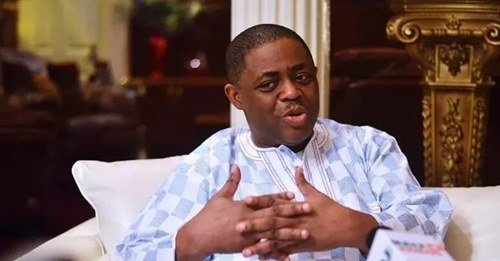 The management of Media Trust Ltd, publishers of Daily Trust Newspapers, was on Wednesday served with a letter of pre-action notice from a former Minister of Aviation, Femi Fani-Kayode, demanding N6bn compensation over an alleged defamatory publication in the newspaper.

The Company Secretary, Kabir Bala, confirmed receipt of the letter dated August 31, 2020, and signed by Adeola Adedipe from the law firm of Ahmed Raji & Co.

Raji had also represented a former governor of Bauchi State of the All Progressives Congress, Mohammed Abubakar when he challenged the collation of the results of the 2019 governorship election results.

Fani-Kayode is demanding a retraction of the article “FFK, The Drug Addled Thug in Designer Wears” published on August 30, 2020, written by a columnist, Iliyasu Gadu as well as an apology in two national dailies.

The article’s writer had pilloried Fani-Kayode over his verbal attack on Daily Trust’s correspondent in Cross River State, Eyo Charles, who had, during a press briefing in Calabar, sought to know who was funding the ex-ministers tour of southern states.