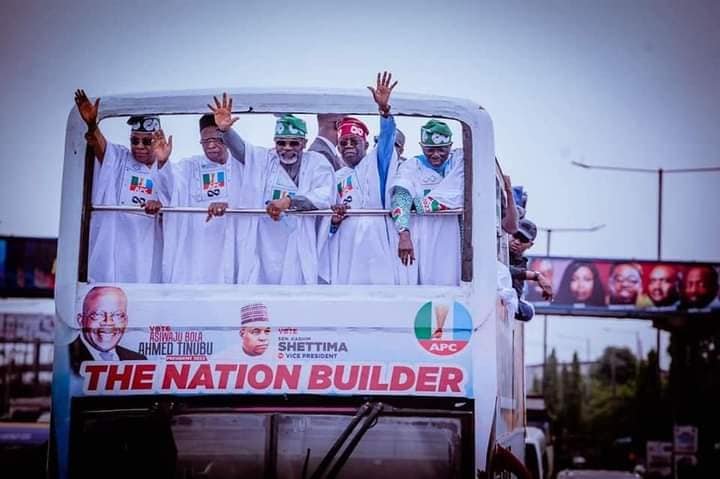 A viral video showed that he did so in grand style. The video captured the moment Tinubu arrived the venue in an open vehicle to huge admiration and shouts from an unprecedented crowd of supporters, party officials and others.

In the video, Tinubu could be seen alongside the APC vice presidential candidate, Kashim Shettima, in an open vehicle. They raised their brooms, the party’s iconic symbol, to greet the crowd that screamed “Jagaban!”–a reference to Tinubu’s famous traditional title.

Some officers could be seen paving the way for the vehicle due to intense crowd pressure on the way the vehicle was billed to take.

Without Jagaban in the presidential race, it’d been boring -Shehu Sani