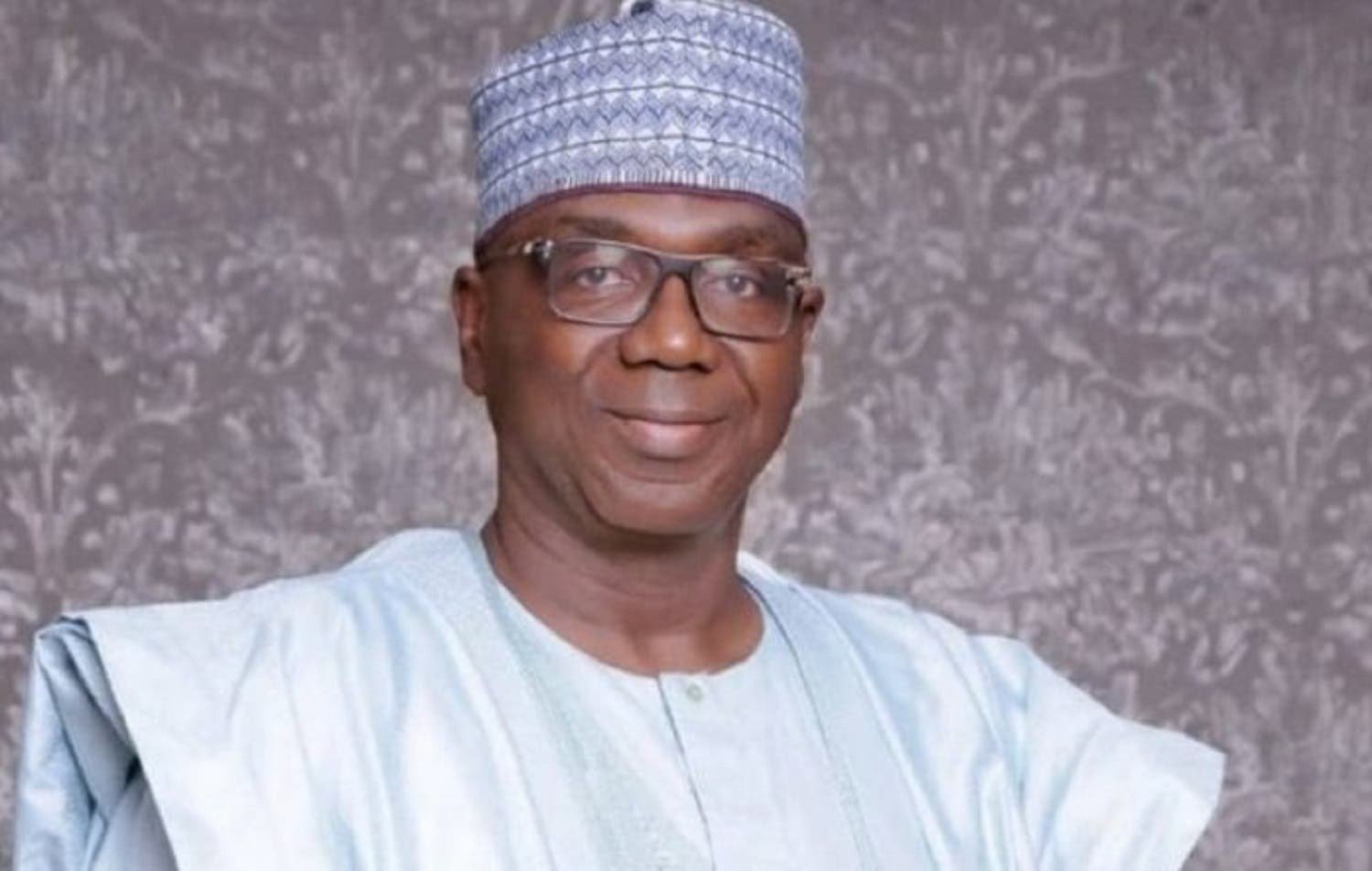 The North-Central state of Kwara under the leadership of Governor Abdulrahman AbdulRasaq was in the news of recent over the power tussle for the control of the All Progressives Congress (APC) secretariat in the state by its power brokers. The agitation has since taken backstage, owing to the intervention of the zonal leadership of the party and its national secretariat. It is, however, temporary relief for the state governor and his supporters as those not pleased with the resolution of the crisis are still smarting for a showdown, waiting for the appropriate time to bring the issue of their ‘marginalization’ and alleged bad leadership of the state to the front burner.

As the next general election beckons, those impressed with the governor’s performance are quick to flaunt his impressive record since he assumed office and dismissed threats that he could be dislodged at the polls. Governor Abdulrasaq, in his inaugural speech on May 29, 2019, had promised to take governance to the doorstep of the average citizen of Kwara.  He said, in his maiden speech: “Today, I invite you all to join hands with us in government to repair and rebuild Kwara. I invite constructive criticisms and urge you all to utilize our open-door policy to communicate ideas and suggestions to us.” He called on the people to look forward to a new dawn that would usher in economic growth and equal opportunities for everyone. What we stand for is to empower our people; make our society and life better; strengthen family values; improve efficiency and service delivery in our public services. What we have lacked before now are dependable and sustainable development plans, credible policies and policy discipline, accountability and transparency, a good sense of social justice and ability to expand social and political spaces that will promote tolerance, equality, and innovation,” he added. While he reminded them of his electoral pledge to “revamp education to produce the best minds that will, in turn, make Kwara second to none, he equally promised to “promote the industry, agriculture, technology, and social services and open up new vistas of opportunities that will promote the common good. These are areas where our government will make a difference.

A chieftain of the party, Ambassador Nurudeen Mohammed, said the story of the education sector of the state has continued to beat the imagination of Kwarans. “Priority attention was accorded the sector, which had hitherto suffered neglect by previous administrations leading to the state being blacklisted from accessing the Universal Basic Education Commission (UBEC) fund for more than seven years before his advent as the Governor.”

In spite of landmark achievements credited to Governor Abdulrasaq in the last two years, an investigation revealed that alleged marginalization by indigenes of Kwara North senatorial district could undermine his electoral fortune. Despite the fact that Kwara Central, South, and North senatorial districts have produced the incumbent governor, deputy governor, and speaker, respectively, there is a wave of growing anger, across party divides over the perceived marginalization of Kwara North.

Checks revealed that while Kwara South and Central can boast of the two serving ministers, Lai Mohammed and Senator Gbemisola Saraki, the two zones equally have appointments into federal boards: National Broadcasting Commission and Nigerian Maritime Administration and Safety Agency (NIMASA), leaving the North stripped of federal presence. Further checks revealed that under the watch of Governor Abdulrasaq, the Central and South produced the chairmen of Civil Service Commission, Judicial Service Commission, Kwara State Muslim Pilgrims Board, and Kwara Inland Revenue Service, leaving the North in the cold. Leaders from the Kwara North jointly raised their voices last year over the appointment of Professor Muhammad Mustapha Akanbi as Vice-Chancellor, Kwara State University (KWASU), as against their son, Mahmud Sakah who was already in the exalted office in an acting capacity. Prince Haliru Dantsoho Mahmud, in a paid advertisement entitled, “Appointment of KWASU VC, conspiracy or hatred for Kwara North?” described the appointment of Professor Akanbi as Vice-Chancellor as outrageous. Mahmud, who recalled that Kwara Central had produced Vice Chancellor for the institution since its establishment wondered whether the institution was for entire Kwarans, or the exclusive preserve of Kwara Central, incidentally the senatorial district of the governor. The entire Kwara North is thrown in a dilemma over this inconsiderate and irresponsible appointment of Professor Akanbi. Nonetheless, we attributed the marginalization of Kwara North to Bukola Saraki and Abdulfatah Ahmed governments and the reason why the North massively voted for change. But unfortunately, we failed to define the type of change we really yearn for. In Kwara State, today, all the tertiary institutions are either headed by Kwara Central or South with no single one occupied by the North.”

There is already a tussle amongst power blocs for the control of the national secretariat of the APC. A party source told Nigerian Tribune that it has since percolated to state chapters. The source revealed that while the governors are now in control of the party’s national secretariat, the control of state chapters by serving governors is a fait accompli. The source further revealed that the battle for the control of Kwara State APC is also a struggle for relevance between the chieftains of defunct Congress for Progressive Change (CPC) led by Governor Abdulrasaq, remnants of defunct Peoples Democratic Party (PDP), and the defunct Action Congress of Nigeria (ACN) who have queued behind Lai Mohammed. In Kwara, the Lai Mohammed group is backing the axed chairman, Honourable Bashir Bolarinwa while the governor and his supporters, under the aegis of Kwara APC Elders Forum, are throwing their weight behind Honourable Samari Abdullahi. Governor Abdulrasaq has since vowed to move against dissidents in the state chapter.

Those impressed by the governor’s performance continue to dismiss the allegation of marginalization and plot to hijack the party structures as a nonissue. According to Chief Abdullahi Yakubu from Baruten Local Government Area, the gang up against the governor is predicated on his refusal to allow certain chieftains who see themselves as godfathers to have access to the public funds. He maintained that the essence of the battle against the Saraki dynasty christened, Otoge would have been lost in the interest of the ordinary people of Kwara were not served in the present administration. He said: “The accusations of ‘sidelining’, ‘abandoning’ and not being ‘carried along’ as the argument against the governor are all baseless. All they seek is ‘relevance’ and a formula that includes them in the ‘special packages’ as rewards for their efforts in his governorship race.” Alhaji Ganiyu Galadima, the former presidential candidate of the Allied Congress Party of Nigeria (ACPN), who had since joined the APC, said a second term for the incumbent governor was a done deal in the eyes of the people of the state. He said the performance of Abdulrasaq has endeared him to the people. He is a contented leader that considers leadership as a sacrifice and service to the people and not an opportunity for self-aggrandizement. The achievements of Governor AbdulRasaq, in less than two years, cut across all the sectors of governance.”

OULD NOT MISS THESE HEADLINES FROM NIGERIAN TRIBUNE

The train started the 156.65 kilometers journey to Lagos at exactly 08:00hrs. The pace of its acceleration was minimal.

At about 25 minutes, the train slowed down at the uncompleted Omi-Adio terminal, a village on the Abeokuta/Ibadan expressway; it’s a stone throw from Apata in Ibadan. Conveyance of passengers from there and other terminals have not kickstarted as the terminals are still under construction and workers were found there.

“Please do not talk to my father. He is yet to come to terms with the death of his son. It is a most tragic experience. How does one quantify the loss of a dear brother? My brother was killed like an animal by two herdsmen. His offense was that he asked them to drive their cows off his already cultivated farmland,” Bisi Olaosepin, whose brother was hacked to death, struggled to hold back his tears as he relayed to Sunday Tribune the horrible experience that culminated in the passage of his brother.

AGF: Atiku Abubakar not eligible to be president