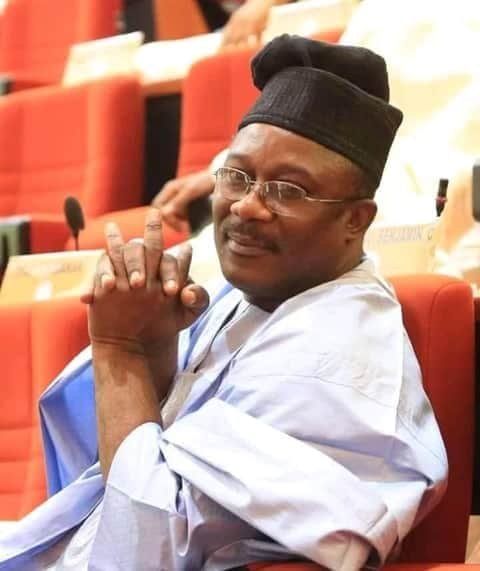 Politics is defined by many scholars and students of politics as the struggles for the acquisition, control and utilisation of state power. Experience has shown that majority of the seekers of this power, politicians and their comrades in arms in the public service, are faithful subscribers to the networks of Machiavellian philosophy – the ends justify the means, no matter how reprehensible such acts are especially in our country where politics is seen as business to majority of its practitioners.

Against this scenario, it is no wonder that a large number of our citizens perceive politics as a dirty game that descent people should be weary of getting themselves into. This is a mistaken notion of politics which unfortunately tends to leave this all to critical sphere of public life to rudderless scavengers, self-seeking opportunists and indolent political entrepreneurs who pursue power for as business only to obscenely accumulate wealth, without concern for the public good.

This has been the bane of politics in Nigeria which people like Senator Smart Adeyemi, even though they are today in the minority, had come to correct. This is because our civil rule, a.k.a. “democracy”, rather than being a vehicle for national developments, has remained an effective flying jet of poverty and underdevelopment in ironically one of the most endowed African countries.

There are those politicians who are attracted to the intrigues, subterfuges, manipulations and betrayals that tends to characterize the pursuits of power. Those in this category seeks power just for the sake of it and for the glamour, pleasure, fame, wealth and opportunities to exercise dominion over others. These politicians expend considerable time, energies, and resources in pursuing, achieving and retaining power without giving much thoughts to the highest purpose that power can be utilized for. Senator Smart Adeyemi has shown through his utterances and actions that he is different and do not belong to these class of politicians who are vested and rent seeking for themselves and their political Godfathers against the people who voted them there in the first place.

On the other hand, the entrance of people like Senator Smart Adeyemi who chose not to stand aloof and watch our democracy been destroyed by this class of self serving politicians and are now being revelled as the best models we can think of our politicians being remodelled into. For this category, the overriding purpose of power and politics is to help elevates society to incrementally higher levels of development. 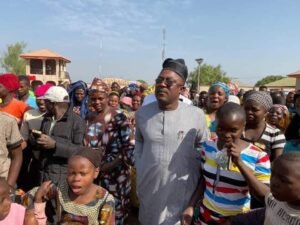 To Senator Smart Adeyemi, the art of selfless service to humanity is to them the overriding and main objectives of their politics. I remember vividly when he decided to join partisan politics and was campaigning for the seat of Senate of the Kogi West senatorial district, he famously declared to his people that the office he is aspiring to was not an office of pleasure but one that would demand the greatest discipline, commitments, hard work, diligence, and sacrifice from anyone privileged to be given the mandate by the people. As a result of his philosophical disposition to the acquisition and utilization of power, he has not disappointed his people who has reposed so much confidence in him by electing him thrice to the Senate to be their voice.

Senator Adeyemi has succeeded because he sees politics first and foremost as an intellectual enterprise, a vocation that demands ceaseless and the most rigorous pursuit of the best development ideals for the development of his people. He is different as a politician because he has remain true to his philosophical and ideological leanings about the aims of politics.

His contributions in the Senate and the public sphere about the policies and programmes of the government as it affects the poor and the unprotected in the society is legendary and known. It had consistently showed evidence of him as someone who was prepared for the job and also someone who committed time and energy to deep reflections and thinking about Nigeria’s problems and continually seeking workable and viable solutions and ideas to the country’s problems.

In the widely polluted waters and seemingly bankrupt and deceptive political era and among his contemporaries, it appears to all political watchers that Senator Adeyemi has come to best symbolizing in many respects, commitment to all I want to call creative values added politics and ideas. One always gets the impression of listening to his views at the floor of the Senate because he develops passion for critical thinking and relentless search for transformative ideas and policies that power would be utilized to actualize.

Today, many in the corridors of power have a lot to learn from Senator Smart Adeyemi’s approach to politics, particularly his commitments to the public good. It is today evidently difficult for any among his peers to rival him in the Senate because his contributions to debates are so topical, straight forward and full of facts that cannot be contested. He has shown severally through his eloquent but fact filled contributions to motions and debates that he is truly a patriot, politician and leader that is continually pro-people in deeds and in actions. He is today acclaimed as one of the very few politicians who in such a short time in the Senate has contributed immensely to the advancements of our national political developments.

His political appeals transcends party, ideological and even ethno-religious boundaries that it is difficult not to admire the compassion that drives his welfare oriented politics, even though those of divergent political ideological dispositions may not agree with what they perceived as the over extended welfare state that his mould of politics advocates.

But then Senator Smart Adeyemi is eternally convinced that given the depth of poverty and misery in the land and the corresponding sharp inequalities that there is no alternatives now than deploying society’s resources to invest in the most vulnerable and incidentally most populous segments of the society with a view to actualizing their potentials and transforming them into developmental assets rather than liabilities.

This requires massive investments in education, health, infrastructures, and poverty alleviation and thus is what his politics is all about. He proffers these measures not as a comprehensive solution but to spark needed dialogue about the ways we may need to employ solutions to deploy to protect our people from the assault of poverty.

To this stand of his on politics many are now ‘Smartinized’. Are you ‘Smartinized’?. I now belong to a class of political persuasion called SMARTONIANS, join me.