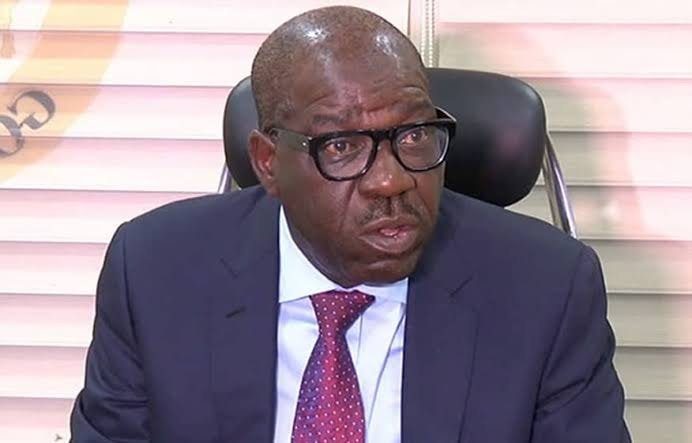 The Edo chapter of the All Progressives Congress (APC), has alleged that Resident Electoral Commissioner, REC, in Akwa-Ibom State, Mike Igini and Godwin Obaseki are up to something vile in relation to the upcoming September 17 governorship in the State in which the governor is running on the platform of the Peoples Democratic Party, PDP.

APC alleged that Igini and Obaseki are plotting to rig the election and recently met in person to strategize at the governor’s private residence at an ungodly hour.

The State Chairman of the party, Col. David Imuse (rtd.), made the allegation while addressing journalists at Auchi in Etsako West Local Government Area of the state.

“Around 3 am, Mr. Mike Igini was seen driving into the private residence of Governor Obaseki in the company of two other known allies of the governor, one of whom was identified as Mr. Anselm Ojezua.

“At the meeting, Mr. Mike Igini, Governor Godwin Obaseki, and other top PDP allies designed and examined ways and strategies to rig the outcome of the September 19 governorship election with an exclusive focus on the production of fake ballots and the inducement of recruited INEC ad-hoc staff to aid the success of the rigging plans.”

2023: I Have Spoken With Everyone In APC, They Are Ready To Return – Alao-Akala

Anger, Frustration, As Coalition With Makinde Breaks Down In Oyo