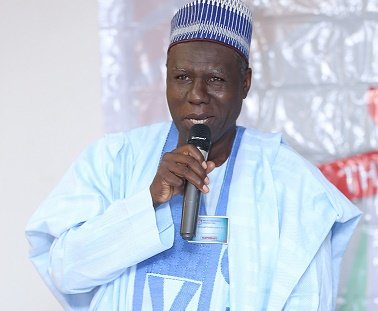 A staunch member of the ruling All Progressives Congress (APC) member, Ahmed Sajo, has taken a swipe at leader of the aggrieved Northern APC group, Mr Babachir Lawal, over the latter’s stance on the same-faith ticket on which APC presidential flag bearer, Asiwaju Bola Ahmed Tinubu, and vice presidential candidate, Sen. Kashim Shetiim, are running.

Speaking during an interview on Channels Television’s Politics Today programme, Sajo sought to know from Lawal, a former Secretary to Government of the  Federation,  whether it was same-faith ticket that was at work in 2015 when APC lost his (Lawal’s) ward, polling unit and local government in what amounted to a triple setback in that area for the party.

Sajo resorted to asking the rhetorical question in his reaction to Lawal’s statement on Channels Television 24 hours earlier that his group was prompted to raise dust because of APC’s Muslim-Muslim ticket and how Christians in the North are allegedly marginalized, a situation, he added, that compelled them to explore the possibility of supporting other candidates.

However, Sajo queried thus: “In 2015, Babachir Lawal was the national vice chairman of the APC for the northeast. Mind you the northeast was predominantly Muslim. If it were in consideration of religion, Babachir wouldn’t have been our representative but that never was the consideration. When Babachir was national vice chairman of APC, his own village is almost nearly 100 percent Christian and he is a Christian and a Christian leader and the ticket at that time was not a Muslim-Muslim ticket, but we lost his polling unit, we lost his ward and we lost his local government. Was that on account of Muslim-Muslim ticket?”