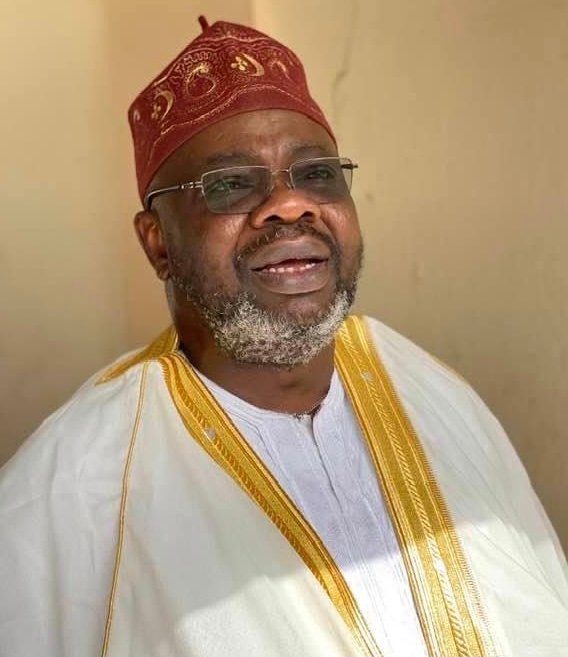 Share FacebookTwitterWhatsAppEmailTelegram
Our reporter
The unprecedented epic multitude of Nigerians that attended the rally of the Presidential candidate of the All Progressives Congress (APC), Asiwaju Bola Ahmed Tinubu in Lagos recently has been described as a display of love for the former governor of Lagos State.
It was also seen as a confirmation that Lagos would vote en-masse for Tinubu in the next year’s presidential election.
Director, Contact and Mobilization, South West, APC Presidential Campaign Council, Alhaji Mutiu Are declared in Lagos.
Are, in a special ‘Thank You’ message to the people of Lagos State on the massive turnout, said in a press statement made available to the media by the spokesperson for Contact and Mobilization Committee, South West, Mr. Kehinde Olaosebikan, that with the show of love, Tinubu was reaping from the gains of his developmental strides, visionary leadership and political stability that he established in Lagos since 1999 and still being nurtured till date.
According to Alhaji Are, a consistent progressive grassroots politician, the people of Lagos State were appreciative of the towering level the Jagaban of Borgu has taken their state to, making them proud of their place of origin and residence, which now serves as a model to other states in and outside Nigeria in all their developmental plans.
The Director of Contact and Mobilization disclosed that the people of Lagos have been very warm and receptive to his committee in all their outreach and engagements across the length and breadth of Lagos—a situation, he added, has made the work easy and smooth for him and his committee.
As a state, Alhaji Are declared, Lagos is proud to have her paramount visionary leader, Tinubu, as the APC Presidential standard flag bearer, a leader whose records as governor over 20 years ago remained unbeaten till date.
Related Posts

Jan 27, 2023
Describing him as the most outstanding, Alhaji Are stated that as the governor of Lagos State, Asiwaju Tinubu  “pioneered Economic Summit in Nigeria and preferred solutions and templates for economic prosperity in Lagos State and Nigeria; first introduced Treasury Single Account in Nigeria to enhance good governance and transparency; first introduced Independent Power Project (IPP) ERON to boost power supply, industrialization and employment opportunities in Nigeria; first promoted digital economy by the digitalization of Lagos Tax Administration to improve revenue collection and development and the made history by creating 37 local government council development areas in Lagos State.”
He noted that the pride, love and their utmost belief in Tinubu’s capacity to do more for them as a state and Nigeria motivated them to turn out in their large numbers at the rally, noting that the peaceful, orderly conduct in and around Teslim Balogun Stadium throughout the program was a mark of respect for their most loved Governor.
His words:  “As a Lagosian, foremost follower of Asiwaju and Director, Contact and Mobilization for South West, I am highly elated with the huge turnout. It is massive and unprecedented. It is a clear demonstration of our love for Asiwaju who has done so much for the growth and development of our dear state. It is a confirmation of the fact that Lagos would vote en-masse for Asiwaju Bola Ahmed Tinubu, Governor Sanwo Olu and all the candidates of All Progressives Congress in the next year’s elections.
“I commend the commitment and dedication of the Senator Solomon Ganiyu-led Campaign Council for Lagos State, their dexterity in organization and management manifested clearly in the success of the rally. With the outcome, they have really further established that Lagos is indeed the Centre of Excellence.
“I thank the good people of Lagos for this show of love to the next President of Nigeria. I am passionately appealing to them and the entire electorate of Lagos to keep showing the love and vote massively for Tinubu in the presidential election of February 25, 2023. He will surely do well for Lagos and other states of Nigeria. Like he did while serving Lagos, Tinubu will make all of us Lagosians more proud as the President of Nigeria.”
Alhaji Are disclosed that he and his 87-member committee on Contact and Mobilization are working round the clock covering every nook and cranny of the South West zone to secure a minimum of 95 percent votes of the zone for Tinubu.
25
Share FacebookTwitterWhatsAppEmailTelegram