How to enhance access to justice, by Malami, Audi 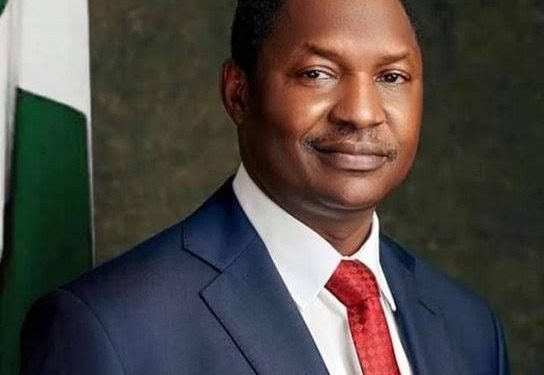 The continuous reform and revision of the nation’s laws remain are key measures for the enhancement of access to justice, the Attorney General of the Federation (AGF) and Minister of Justice, Abubakar Malami, and Chairman, Nigerian Law Reform Commission (NLRC), Professor Jummai Audi have said.

They spoke in Abuja on Tuesday at the inauguration of the ninth commission of NLRC by Malami.

The AGF, who hailed the commission for ensuring that the nation’s laws are in tune with current realities, noted that no democratic society can survive without a continuous review of its legislation.

“The importance of law reform cannot be overemphasized, because of its relevance to the socio-economic and political development of any nation.

“It is uniformly agreed that law, as an instrument of social engineering, always served as the instrumentality of meaningful reform in any civilized society.

“I wish to appreciate the efforts and determination of the NLRC in achieving its mandate through the delivery of quality law reform to strengthen governance of the nation and for aligning itself with the economic recovery growth plan of the Federal Government,” Malami said.

Audi expressed delight at her appointment as the first female Chairman of the NLRC and hailed President Muhammadu Buhari and Malami for the decision.

She stressed the need for the National Assembly to pass the NLRC Amendment Act to enhance the effectiveness of the agency.

“The Amendment Bill contains new provisions that, if passed into law, will reposition the commission for effective delivery of quality law reform and create a more formidable synergy with other relevant sectors in the society,” she said.

Prof Audi assured that he commission would not fail in its responsibilities, said the ongoing review of the laws of the federation would be completed next year.