How 10,000 newly recruited constables will be deployed – Police 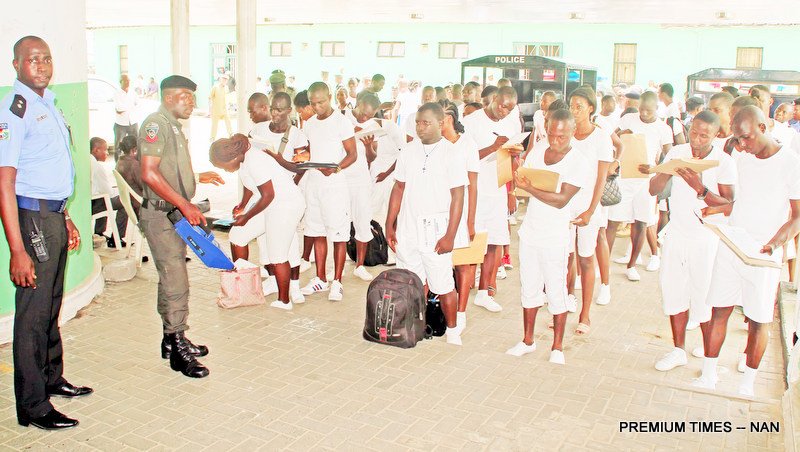 The Commissioner of Police (CP) for Ekiti State, Tunde Mobayo, has hinted that police constables currently being recruited by the Nigeria Police across the country would be deployed in their respective local government areas.

The recruitment process has started for 10,000 new police officers to join the force with recruitment portals open for interested applicants.

The federal government has also approved the sum of about N13 billion for the take-off of its community policing initiative which is expected to bring crime-fighting closer to the local communities.

The project is also expected to bring security closer to the people with the involvement of community leaders and other local groups.

Mr. Mobayo said the decision to post the new officers to their local government areas was informed by the belief that the personnel would have more knowledge about their terrain than people from other states.

According to him, the task of fighting crimes successfully is based on intelligence gathering, saying that it is only personnel who understand the cultural and social behaviour of communities that could succeed in modern-day policing.

The police commissioner, who spoke on Wednesday in Ado Ekiti through the police public relations officer, Sunday Abutu, said the recruitment was in response to an urgent need for more officers in the force.

His statement came as the command conducted the physical and credentials screening for constable/junior cadre recruitment into the force in Ado-Ekiti.

“The Inspector-General of Police deemed it fit to recruit more hands into the Nigeria Police Force due to, firstly the lack of manpower in the force, and also insecurity challenges in our country,” he said.

“So, with the new 10,000 personnel to be employed, we will be able to cover more grounds in the system.

“The essence of it is that they work in their respective states and even their local government area so as to have adequate personnel at the grassroots to fight crime.”

The commissioner said the screening for applicants across the 16 local government areas of the state covered their physical fitness, medical status, credentials, and other qualifications that will make them perform optimally in the force.

He advised applicants at the screening not to pay anyone to influence their employment, saying the department of training and development at the force headquarters had the sole responsibility of selecting the most qualified applicants from results of the screening.

On the security situation in the state, Mr Abutu stressed that the command was poised to rid the state of crime, soliciting more cooperation from residents in terms of timely and accurate information on crime-related issues to the police.

“We don’t have any ugly incidents in the state now due to the experience of the new CP but we want to encourage our people to always give us useful information in their domains as regards crimes, and we will take action immediately, ” he said.

The recruitment is in keeping with the directive by President Muhammadu Buhari, at the 2016 National Security Summit, that 10,000 officers be recruited into the Nigeria Police annually.