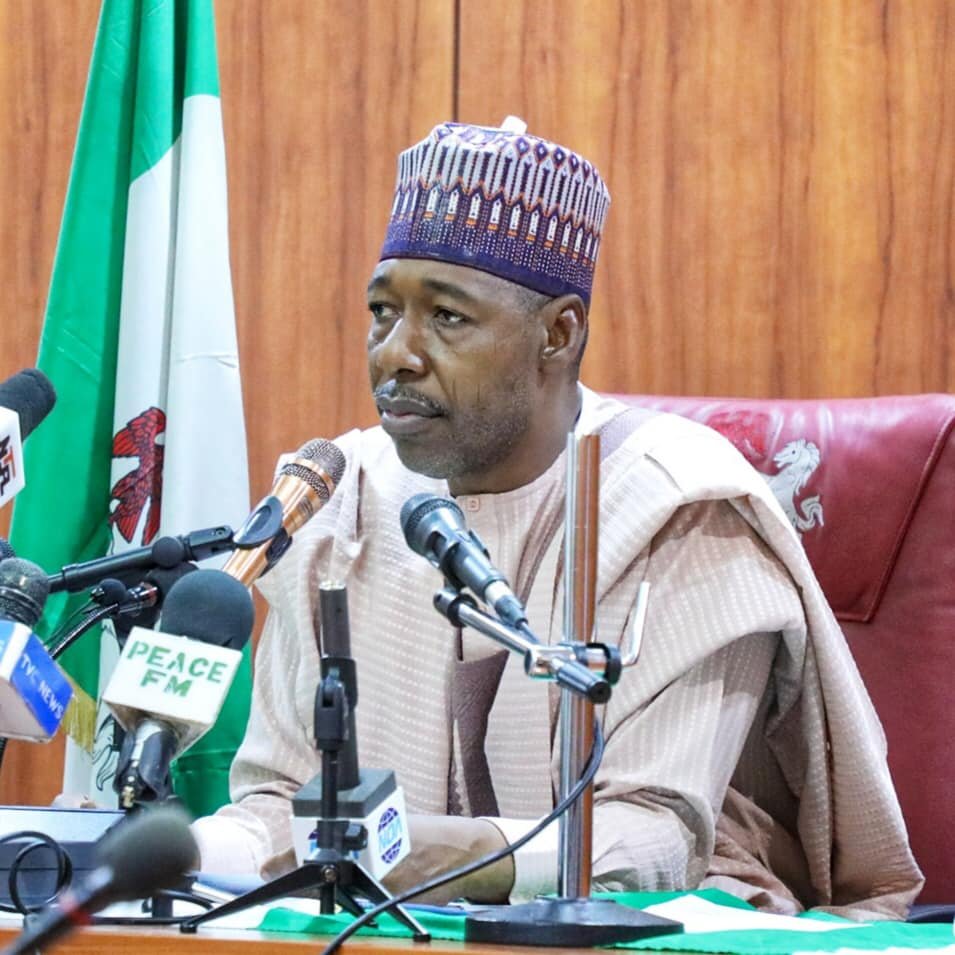 Gov. Babagana Zulum of Borno has called for synergy between the executive and legislative arms of government to reduce the recruitment of citizens in the north-eastern part of the country into illegal armed groups.

He made the call when the Senate Committee on Special Duties led by its chairman, Sen. Yusuf Yusuf, paid him a courtesy visit in Maiduguri on Wednesday.

The governor said that synergy would also help to reduce the number of unemployed youths in the state.

While calling for support to relocate the Internally Displaced Persons (IDPs) in the state to their communities, Zulum said that there was an increase in the number of prostitution, drug abuse, and criminality in the camps.

“We want you to partner with us to see how we can relocate these IDPs to their original homes or to a location that is safe where they could engage in farming activities.

“By doing so, we can reduce recruitment into the non-state armed groups.

” Right now a lot of our youths are joining the insurgents because they are looking for means of livelihood.

“There is a need for you to interface with the military to foster a greater civil-military relationship to reduce the gap between the civilians and the military,” he said.

He said that without creating access to agricultural lands for cultivation by the locals, the insurgency would never end.

Zulum further said that the North East Development Commission (NEDC) had provided 100 vehicles for Nigerian police and the Nigeria Airforce, among others, as an intervention in the fight against insurgency.

“The little resources that we have now cannot cater to our need coupled with the increasing humanitarian needs.

“We have right now thousands of employed youths on our payroll trying to provide security to our dear state.

“What we are paying is so cumbersome and there is a need for us to critically examine with a view to addressing some of our challenges,” the governor said.

Earlier, the chairman of the committee, Yusuf, said that the committee was in the state to oversee the NEDC which was one year in existence.

He said that the commission had performed tremendously, especially with regards to the humanitarian efforts in the north-east.

Yusuf assured the governor of improved budgetary allocation to the commission to douse the crises in the northeast.

He also said that the Senate would liaise with all the governors in the northeast towards identifying projects that were important to the zone.

“We will work with the government to restore peace in the region. Security in the region is fundamental; we must find the best way to tackle insecurity,” Yusuf said.