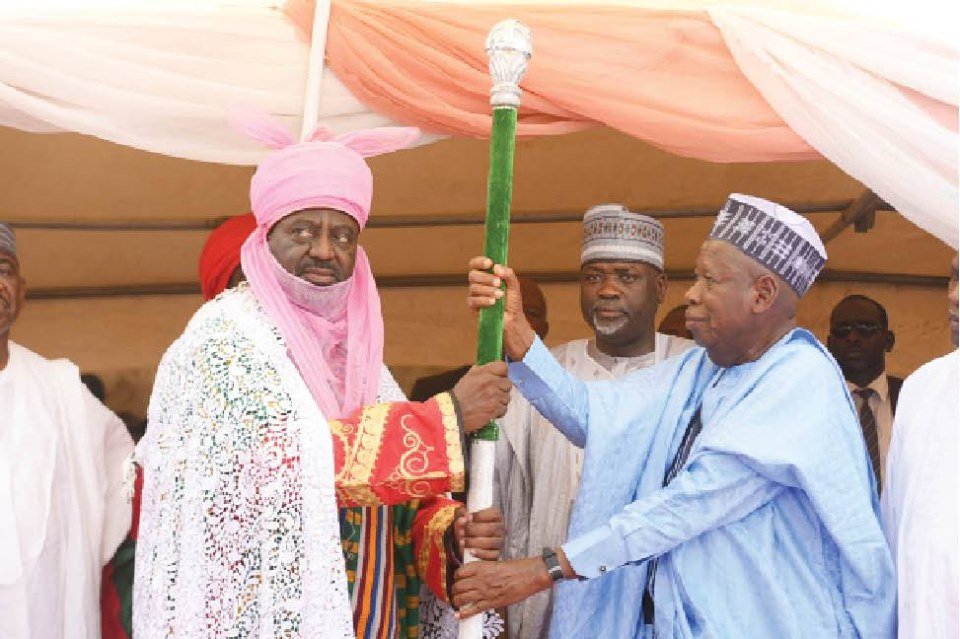 Governor Abdullahi Ganduje of Kano State has proposed an amendment into the Emirate Council Act, seeking removal of the rotation clause in the Council of Emirs’ chairmanship in the state.

DAILY NIGERIAN reports that the act stipulates that the chairman of the Central Council of Emirs, appointed by a governor, will chair the Council for two years.

The provision, however, states that it is the prerogative of the governor to ensure that the Chairmanship rotates round all the 5 Emirates.

The executive bill, which has scaled through second reading at the state House of Assembly, when passed into law will make Emir Aminu Ado-Bayero the chairman of the State Council of Emirs for life.

During the plenary on Monday, the Majority Leader of the house, Kabiru Dashi, who read the bill for the second time, said the bill also seeks to increase additional kingmakers in all the Emirate Council to five.

He said: “In the amendment, we are planning to increase additional kingmakers in all the Emirate Council to make them five.

“Because we have four kingmakers in each of the emirate councils, in the case of death or removal, we are trying to avoid a situation where two will support and two will reject.

“But if they are five in number, there must be free and fair while electing an emir. And also, the new law if approved, will provide a three-day deadline for the election of a new emir,” he added.

Mr. Dashi added that the amendment was also to change the Chairman title from the ‘Council of Chiefs’ to ‘Council of Emirs’.

ADDRESS BY HIS EXCELLENCY, MUHAMMADU BUHARI, PRESIDENT OF THE FEDERAL REPUBLIC OF NIGERIA, AT THE FIRST YEAR MINISTERIAL PERFORMANCE REVIEW RETREAT IN THE  STATE HOUSE CONFERENCE CENTRE, ABUJA