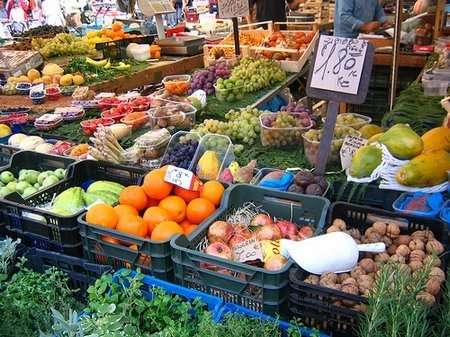 The prices of food items rose highest in Zamfara, Kogi and Yobe states in Nigeria in July, the consumer price index released on Monday by the Nigeria Bureau of Statistics (NBS) has shown.

The report revealed that, between June and July, food price inflation was highest in Zamfara at 3.40 per cent , Kogi at 3.32 per cent and Yobe at 3.00 per cent in July.

On the other hand, Niger and Ogun states recorded 0.44 per cent, Lagos 0.41 per cent, with Adamawa recording a general decrease in the general price level of food.

According to the report, the headline consumer price index between July rose by 1.25 per cent compared to1.21 per cent in June.Cost increased by 12.82 per cent between July 2019 and July 2020.

The report said the rise in the food index was caused by increases in prices of bread and cereals, potatoes, yam and other tubers, meat, fruits, oils and fats, and fish.

The report explained that measures of the average change over time in prices of goods and services consumed by people for day to day living are taken by CPI.

The report said the result of the CPI combines economic theory, sampling and other statistical techniques, using data from other surveys to produce a weighted measure of average price changes in the Nigerian economy.

The weighted measure was used to capture the importance of the selected commodities in the entire index.

The survey methodology generates 3774 all item indices for all states and the FCT, NBS said in the report.

‘How Nigeria can ensure food security amidst economic crisis’