We are Resuming Digital Switch Over Rollout – Lai Mohammed 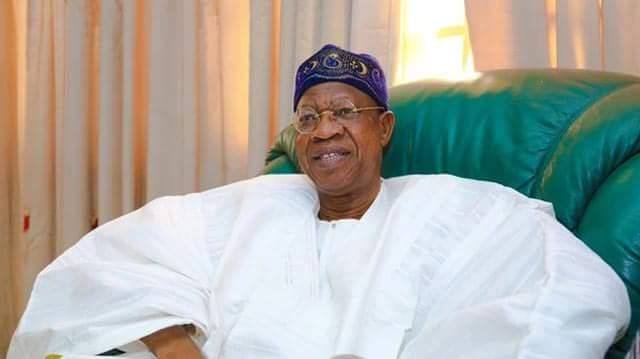 The Federal Government says it is resuming the rollout of Digital Switch Over (DSO) to revolutionise the broadcast industry, create jobs and take millions of Nigerians out of poverty.

The Minister of Information and Culture, Alhaji Lai Mohammed said this on Thursday when he featured on News Agency of Nigeria (NAN) Forum at the agency’s headquarters in Abuja.

He said the DSO, a transition from analogue to digital television broadcasting, is critical to the efforts of the government at repositioning the creative industry and make it the alternative to oil.

“The DSO is key to us because it is capable of providing between one to two million jobs in the next couple of years.

“President Muhammadu Buhari equally appreciates the fact that it is the DSO that can help to take 100 million Nigerians out of poverty in the next ten years.

“We are very optimistic that the rollout will resume very soon,” he said.

The minister said they would have resumed the rollout of DSO since it was stalled in 2018 but because of constraints mainly on funding.

“We have rejigged the DSO campaign and we are going back to the Federal Executive Council in the next couple of weeks to ask for the certain impetus that will enable us to roll out more and this is largely about resources,” he said.

NAN recalls the rollout of DSO commenced in Jos, Plateau in April 2016 and moved to Abuja, Ilorin, Kaduna, Enugu and lastly in Osogbo in February 2018

The minister also disclosed that he would be receiving the report of the Task Team on Audience Measurement in Broadcasting in the week.

He said the task team was set up to make recommendations on how to get an objective and scientific audience measurement system.

“The audience measurement system is the missing link in the entire ecosystem in the sense that as at today, people use very subjective methods to determine where they are going to place their adverts.

“Normally in other climes, where you have an audience measurement system, you are able to know how many people are watching a particular programme, at what time of the day, and through which medium.

“And that is going to determine when you are going to advertise your products and at what time belts.

Mohammed said the report of the team is expected to give parameters for assessing and measuring the number of eyeballs or ears that watch or listen to a programme that will be a guide for the advertisers.

Zulum offsets Backlogs of arrears and allowances of Corps members