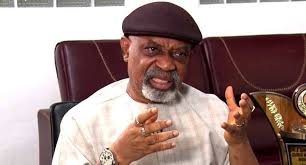 The Federal Government has rescheduled the meeting with the Nigeria Labour Congress and Trade Union Congress to discuss the economy to Tuesday.

The parley would hold at the Banquet Hall of the Presidential Villa, Abuja.

It read, “The meeting has been rescheduled to Tuesday, 15th Sept at 10 am. The venue is Banquet Hall of Presidential Villa. This is to accommodate all participants.”

The Minister of Labour and Employment, Chris Ngige, had announced on Friday that a government team would meet with NLC and TUC as well as other civil society groups to discuss the hike in electricity tariff and petrol pump price on Saturday.

Ngige stated that the meeting would provide the government with an opportunity to explain to Nigerians the reason for the decision.

But the NLC President, Ayuba Wabba, had said on Friday that the leadership of the congress would not attend the discussion because it was too sudden.

Wabba had stated that the short notice given for the meeting by the government made it impossible for labour leaders who are spread in different locations to attend.

The labour movement is expected to attend the event which has now been rescheduled.