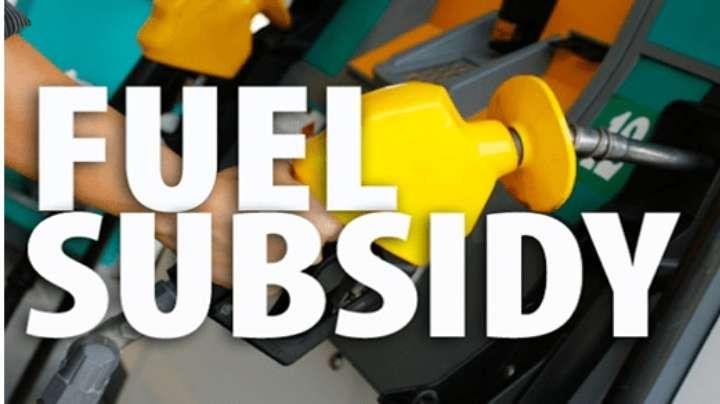 The Federal Government, yesterday, disclosed that Nigeria spent a whooping N10.413 trillion on fuel subsidy between 2006 and 2019, a period of 14 years.

Minister of Information and Culture, Alhaji Lai Mohammed, who made the disclosure at a media briefing in Abuja, said the quantum of fund spent subsidizing petroleum products during that period translated to an average of N743.8 billion per annum. Mohammed, who was joined at the briefing by the Minister of State for Petroleum Resources, Chief Timipre Sylva, and Minister of Power, Alhaji Saleh Mamman, said the cost of running the fuel subsidy scheme was too high and unsustainable.

However, the data did not provide the figure for 2016 and also gave no explanation for the omission. Mohammed, who acknowledged the public outcry trailing the recent increase in the pump price of petrol as well as the hike in electricity tariff, said that the Federal Government was not unmindful of the pains associated with these developments at this time and will continue to seek ways to cushion the pains, especially for the most vulnerable Nigerians.

“The government is providing cheaper and more efficient fuel in form of autogas. Also, the government, through the PPPRA, will ensure that marketers do not exploit citizens through arbitrarily hiking in pump prices. That is why the PPPRA announced the range of prices that must not be exceeded by marketers,” he said.

The minister said that in spite of the recent increase in the price of fuel to N162 per liter, petrol prices in Nigeria remain the lowest in the West/Central African sub-regions. Mohammed claimed that the price of a liter of petrol in Ghana is N332 while the same quantity sells for as high N549 in Senegal.

“Outside the sub-region, petrol sells for N211 per liter in Egypt and N168 per liter in Saudi Arabia. You can now see that even with the removal of subsidy, fuel price in Nigeria remains among the cheapest in Africa,” he said. The minister described a hike in the cost of electricity as a “service-based tariff adjustment by the Distribution Companies (DisCos) and attributed it to the fallout of the privatization of the sector.

“The government does not have the resources to continue along this path. To borrow just to subsidize generation and distribution, which are both privatized, will be grossly irresponsible.

“But in order to protect the large majority of Nigerians who cannot afford to pay cost-reflective tariffs from increases, the industry regulator, NERC, has approved that tariff adjustments had to be made but only on the basis of guaranteed improvement in service. Under this new arrangement, only customers with a guaranteed minimum of 12 hours of electricity can have their tariffs adjusted.

Those who get less than 12 hours of supply will experience no increase. This is the largest group of customers. “Government has also noted the complaints about arbitrary estimated billing.

Accordingly, a mass metering program is being undertaken to provide meters for over five million Nigerians, largely driven by preferred procurement from local manufacturers, and creating thousands of jobs in the process.

“NERC will also strictly enforce the capping regulation to ensure that unmetered customers are not charged beyond the metered customers in their neighborhood. In other words, there will be no more estimated billings,” he said. The government, Mohammed said, would also take steps to connect those Nigerians who are not even connected to electricity at all.

The minister also noted that despite the recent service-based tariff review, the cost of electricity in Nigeria is still cheaper or compares favorably with that of many countries in Africa.

The minister noted that “the timing of the two necessary adjustments, in the petroleum and power sectors” was a coincidence and not a deliberate attempt to inflict pains on Nigerians. He said that the government was aware of the plot by the opposition to make political capital out of the fuel price and electricity tariff hikes, but urged those opposed to it to desist from fomenting trouble.

Speaking in the same vein, Sylva said with the loss of 60 percent of the nation’s national income due to COVID-19, fuel, and electricity subsidies were no longer feasible. He said due to the pandemic, demand for crude oil, the mainstay of the nation’s economy dropped, affecting earnings.

“Before COVID-19, crude oil prices were in the range of over $60 per barrel, today, in spite of all the cut in production, we have not been able to achieve more than $45 per barrel. “You can see that there is a crisis at hand and the only way to adjust is to stop subsidy, which previous administrations have attempted to do.

“We have gotten to that point now,” he said. The minister called for understanding and support of Nigerians, stressing that it is in the best interest of a sustainable national economy.

Hold Pastor Ibiyeomie responsible if anything happens to me, Daddy Freeze cries out