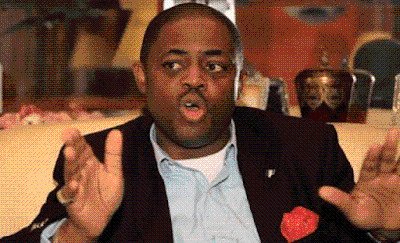 As rumor of an alleged secret plot against the presidential candidate of All Progressives Congress (APC), Asiwaju Bola Ahmed Tinubu after his expected swearing-in in 2023 hots up, a member of APC Presidential Campaign Council (PCC). Femi Fani-Kayode, has

poured cold water on such talk.

Popularly called FFK, Fani-Kayode asserted instead that Tinubu will not receive what he referred to as ”the MKO treatment.”

Chief MKO Abiola, the presumed winner of the June 12, 1993 presidential elections, which was annulled by the military, later died in detention following his arrest over moves to revalidate his electoral mandate.

According to a report in POLITICS NIGERIA, FFK, who spoke in a recent video posted on his social media pages, said: “Like he (Tinubu) said in his rally (in Lagos), his enemies and his detractors cannot kill him.

“He shall live long and prosper and he shall excel and he shall lead our country in pride and in strength, in Jesus’ name.”

The alleged plot is speculated to be such that some Northern power brokers seek to continue in power beyond May 29, 2023 when President Muhammadu Buhari is expected to hand over to a successor from another section of the country.

President Buhari, a northerner, is from Katsina State, and will complete his second term next May.

However, amid the insinuations that some unidentified Northern political figures in the two major parties (APC and PDP) have a distaste for power shift and that the choice of Kashim Shettima (a former governor of Borno State) as Tinubu’s running mate, is an alleged orchestrated plan to reclaim the presidency somehow, FFK dismissed such talk, insisting that Tinubu “cannot be given the Moshood Kashimawo Olawale Abiola treatment ”to pave the way for the emergence of Shettima as president after the 2023 general elections.”