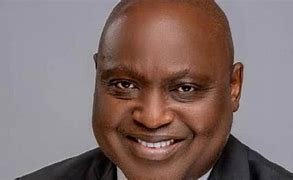 Headed by Justice Wilfred Kpochi, the three-man tribunal held that the allegations of electoral misconduct raised by the Social Democratic Party (SDP) candidate, Segun Oni, were vague and unspecific.
Among others, Oni had alleged election rigging, vote trading and procedural violations in his petition before the tribunal.

Of equal interest in today’s judgment was that the tribunal struck out the request to disqualify the APC deputy governorship candidate, Mrs. Monisade Christianah Afuye, for alleged certificate forgery.

The tribunal declared instead that the issue was not brought up within the legally permitted three-week period for such, ruling therefore that raising new facts and pleas midway amounted to breach of injunctions.

The tribunal further held that Oyebanji and his running mate were validly elected at the party’s primary, dismissing the prayer that the signing of Oyebanji’s nomination form by Yobe State Governor, Mai Mala Buni ,who was the National Chairman of the APC, was illegal. The tribunal described such as immaterial.

Oyebanji garnered a total of 187,057 votes to defeat his two closest rivals, Oni and Bisi Kolawole of the People’s Democratic Party (PDP) with Oni emerging in second place with total votes of 82,211 while the PDP candidate came third with 67,457 votes.

Dismissing the results of the election, Oni headed for the tribunal where he filed a petition challenging Oyebanji’s declaration by the Independent National Electoral Commission (INEC) as poll winner.