Edo & Ondo: All eyes on this Judge as she makes a major decision regarding the upcoming elections. 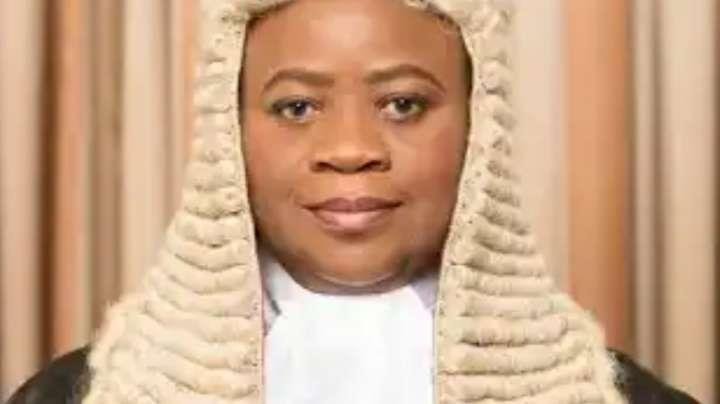 Elections are by the corner in some states of the federation and it’s going to be highly contested. Nigeria’s election has been characterized by violence and other vices in recent times and most of those elections have had to be settled in the country’s judiciary establishment. Edo’s election would see Adams Oshiomhole’s camp which is represented by Pastor Osagie Ize-Iyamu battle against Oshiomhole’s successor turned enemy, Godwin Obaseki who decamped to the opposition party a few months ago. In Ondo state, Rotimi Akeredolu of APC will battle it out against Eyitayo Jegede of the PDP. The election of Edo state is definitely the talk of the town due to the friction between Obaseki and Oshiomhole that overshadowed Obaseki’s first tenure. The ongoing media battle between both parties in Edo doesn’t seem to end and Oshiomhole is trying to prove a point to Obaseki that he runs the state coupled with his national position at the APC party.

With Nigerian politicians known to challenge election results, the Chief Justice of Nigeria in Person of Justice Tanko Muhammed will swear in 85 judges to serve on the election petition tribunal panels. This is definitely for the upcoming elections and everyone’s eyes would closely monitor the selection. Since the Court of Appeal is the secretariat of election petition affairs in the country, its president in the person of Justice Monica Dongban-Mensem is responsible for the selection of the 85 judges. She is a northern Christian from Plateau State which is a highly contested state by both major religions; Islam and Christianity.

She’s definitely going to be one of the most powerful women with the expected selection of judges. These judges would be selected from various states and zones most definitely and Nigerians would try and assess the selected judges.

These judges could be heroes or Villains in the country in a few day’s time if the losers of the election file petitions regarding the results. They would have to prove beyond doubts why the winners deserve to win or why the losers deserve a re-run. The affected parties would have just 21 days to file petitions after the announcement of the results. The Chief Justice is expected to swear the judges on Thursday and trust Nigerians, this would be the first step to knowing the direction towards which the election will flow.

The criteria for selection are best known to the members of the National Judicial council but the names of those to be mentioned would surely raise eyebrows.

It would be in everyone’s interest if election violence is shunned and give Justice Monica Dongban-Mensem’s selection a chance to do justice if any of the losing sides file a petition. Do you anticipate Justice Monica Dongban-Mensem doing justice to the power given to her with the expected selection of judges for the upcoming elections?

IMF: Coronavirus crisis far from over