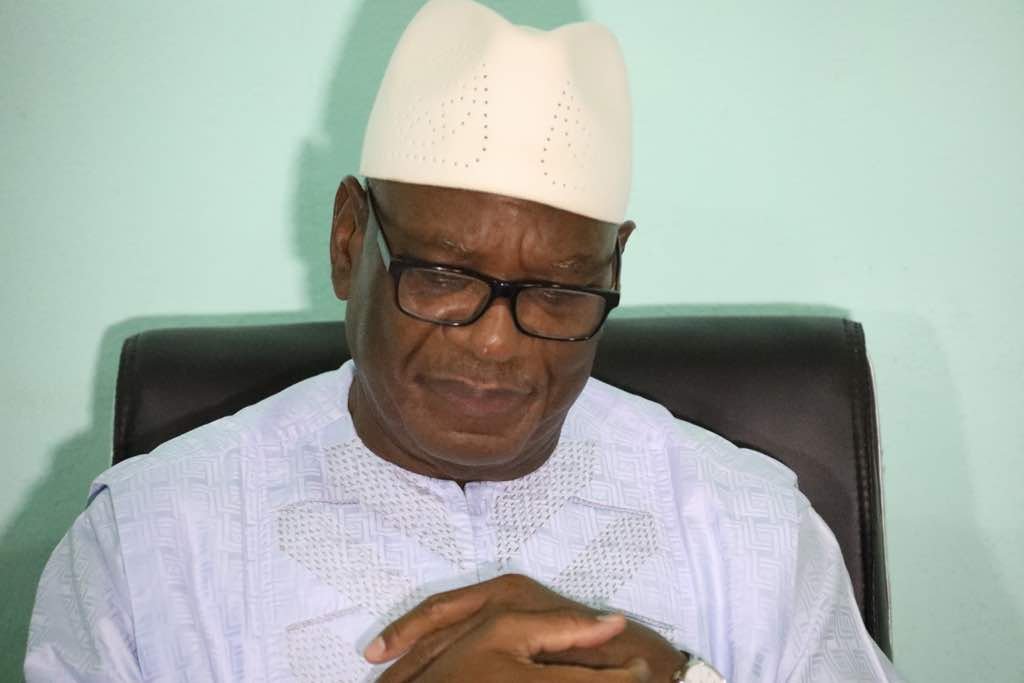 The team also met with the leader of the military junta Col. Assimi Goita.

It pressed for the release of the 75-year-old Keita.

After the brief meetings, few details were given, but Jonathan said Keita was doing well.

“We have seen President IBK and he is very well,” Jonathan said, referring to Keita as many do by using his initials.

The push for his release came amid mounting speculation that the ousted president could be flown out of the country after thousands showed support for the military coup.

The 15-nation regional bloc has demanded Keita’s reinstatement, though, with a wave of public support for his ouster, it appeared increasingly unlikely yesterday he would return to power.

ECOWAS had earlier demanded that Keita be reinstated and said it would mobilize a regional standby military force. But a demonstration by thousands of Malians showing support for the coup on the streets of Bamako made it more difficult for the regional leaders to sideline the junta.

Among the destinations where Keita could go is neighboring Senegal, which hosted Amadou Toumani Toure, the last democratically-elected Malian president overthrown in a similar 2012 coup.

African countries and the wider international community have expressed concern over the military putsch, which deposed Keita three years before the termination of his final term.

Mali has been fighting against Islamic extremists with heavy international support for more than seven years. The jihadists previously used power vacuums in Mali to expand their territory.

Hours after Keita was detained Tuesday after his home, the democratically elected president announced his resignation on state broadcaster ORTM saying he did not want any blood to be shed for him to stay in power. By early Wednesday, soldiers took to the airwaves calling themselves the National Committee for the Salvation of the People.

The new military leaders have insisted they intend to hand over power to a civilian transitional government, but West Africa has seen a large number of coup plotters prolong the transitional period for the military to hold on to power. In the case of Mali, it took nearly 18 months after the 2012 coup for democratic elections to resume.

It was Keita himself who won that 2013 vote in a landslide, only to see his popularity plummet after his 2018 reelection as the Malian army faced punishing losses from jihadist attacks.

Then after dozens of legislative elections were disputed this spring, demonstrators began taking to the streets calling for his resignation.

He offered concessions and regional mediators intervened, but his opponents made it clear they would accept nothing short of his departure.

On Friday, Mali’s opposition coalition, the M5-RFP, welcomed the ouster of Keita insisted they remained “deeply attached to democracy.”