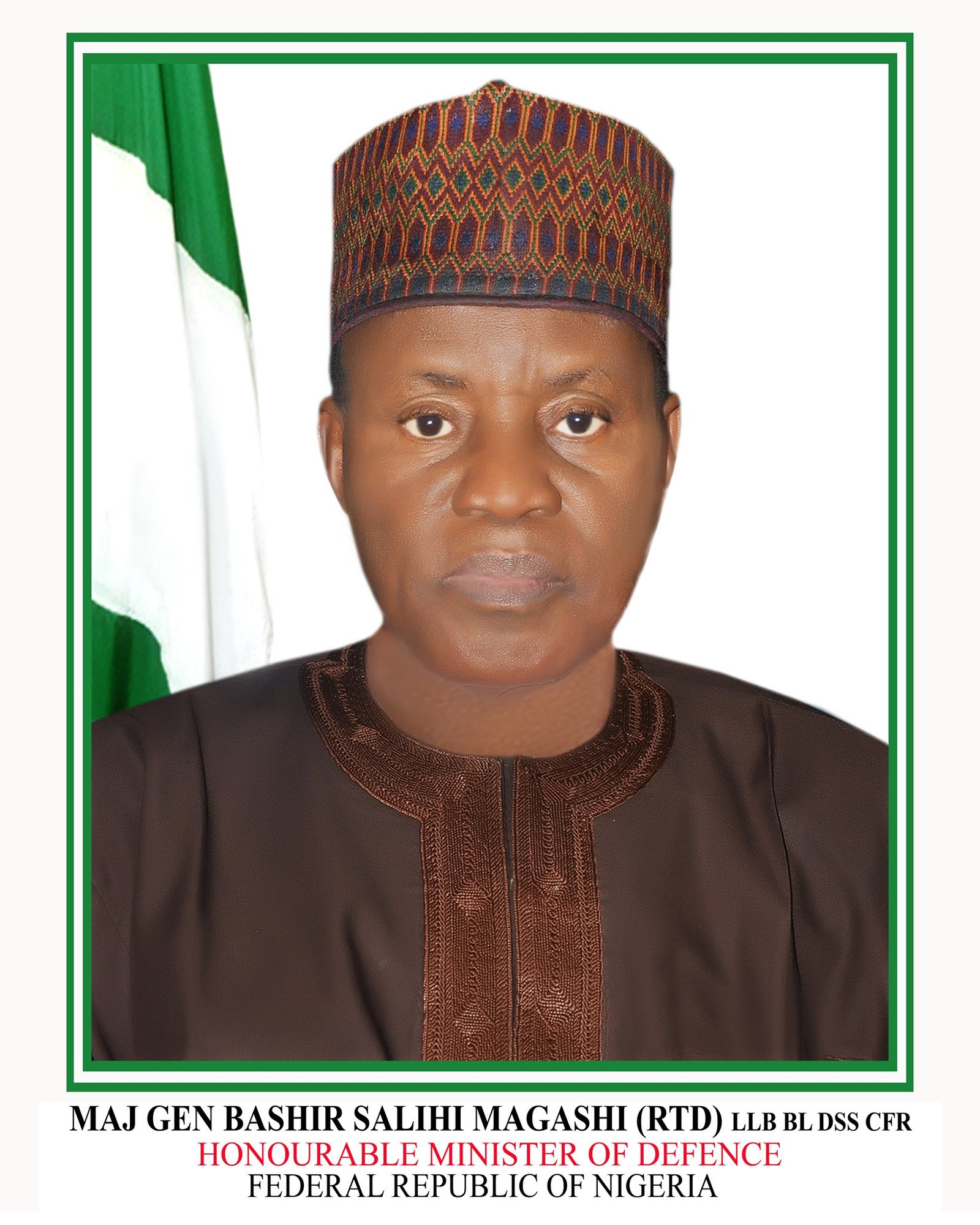 The Minister of Defence, Bashir Magashi, has reiterated his determination to reposition the nation’s defense and security architecture towards addressing the prevailing security challenges.

The Special Assistant Media and Publicity to the Minister, Mohammad Abdulkadri, in a statement on Saturday, said that Mr. Magashi stated this during a symbolic ceremony marking his one year in office.

Mr. Magashi also expressed the government’s resolve to continue to sustain the task of building a robust defense sector that would ensure sustainable peace and security in the country.

He thanked President Muhammadu Buhari for the opportunity to serve the nation, adding that the task was work in progress in the delivery of his mandate in the years ahead.

Mr. Magashi also commended the president for his unflinching support for the armed forces in tackling insurgency, banditry, and other security challenges in the country.

The Minister assured that there would be light at the end of the tunnel.

He enjoined the Service Chiefs and heads of other security agencies to continue to raise the bar of patriotic service to the nation, adding that security was a collective responsibility of all Nigerians.

He thanked members of the Nigerian Armed Forces and stakeholders in the national security callings for being part of the success story of his 365 days in office.

FACILITY TOUR BY MEMBERS OF NNPC BOARD