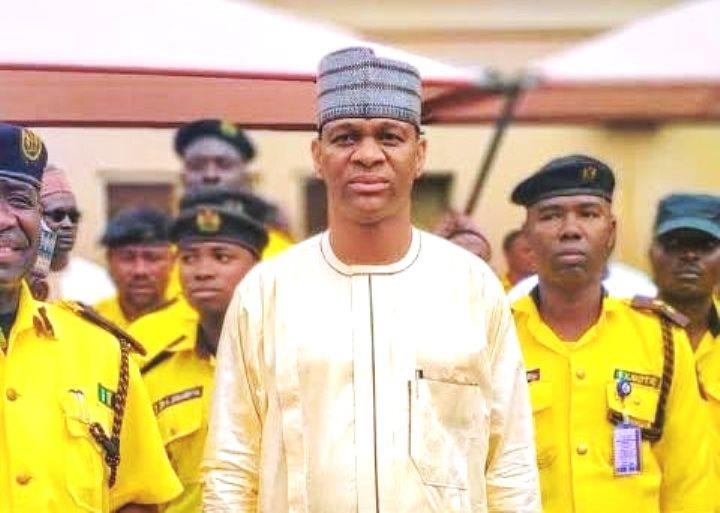 Worried by the nuisance constituted to the teeming populace as well as the environment, Kano State government has ordered luxurious bus operators to relocate to Unguwa Uku Motor Park.

This order has finally brought to an end ferrying commuters from the luxury bus terminal, popularly known as New Road Motor Park, from the state to other parts of the country.

Yesterday, the leadership of the park at the New Road was served with a court order restricting its continued operation from the present location by the State Roads Traffic Agency (KAROTA).

It would be recalled that successive administrations in the state, had planned to relocate them to the Unguwa Uku Motor Park, but they refused to abide.

But just yesterday, the KAROTA served the leaders of the park at Sabon Gari in Fagge Locol Government Area of the state with a court order restricting them from operating in the state.

Recently the state government had given an order that whenever the state opened from clock-down, they should relocate to the said place, but however, up to last Wednesday, they were operating from Sabon Gari.

Our reporter who was at the park discovered that the facility has been sealed off following the court order and people who do businesses have relocated to private properties.

In another development, yesterday, the agency had approached a  Chief Magistrate Court sitting at Gidan Murtala in metropolitan Kano presided over by  Rakiya Lami Sani (Mrs), seeking restrain of any commercial activities of the luxurious bus owners anywhere in the state.

This came upon hearing an exparte application moved by Mutawakkil Isaq Muhammad, Principal State Counsel at the state Ministry of Justice, and Secretary/Legal Adviser of KAROTA seeking the court to suspend the luxurious bus operations in the state pending a hearing in motion.

The agency had earlier directed the luxurious bus owners to relocate from the Sabon Gari Park to Unguwa Uku Motor Park, but their association refused to comply with the directives.

The Managing Director of the agency, Hon. Bappa Babba Dan’agundi, warned that any luxurious bus owner who violates the court order would have himself to blame.

He said, despite not obtaining permit to operate in the state, the agency allowed the bus owners to relocate to the new park to continue their businesses, but they decided to disobey the agency’s order, he added, an act he said had necessitated the legal move to avoid further crisis.

He urged those involved to comply with the court order for peace and orderliness in the state, as contained a statement issued by the agency’s spokesman, Malam Nabilusi Abubakar Kofar Na’isa which was made available to The Triumph in Kano.