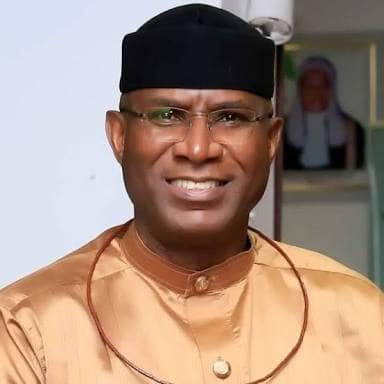 Share FacebookTwitterWhatsAppEmailTelegram
The Senate Ad-hoc Committee on the Review of the 1999 Constitution has formally commenced the process of further alteration to the provisions of the 1999 Constitution (as amended).
The Committee, therefore, requests the general public, Executive and Judicial bodies, Civil Society Organizations, Professional bodies and other interest groups to submit memoranda or proposals for further alteration(s) of the 1999 constitution (as amended) on the under-listed matters and on any other matter that will promote good governance and welfare of all persons in our country on the principles of freedom, Equality, and Justice, namely:
1. Gender Equality for women and girls
2. The Federal Structure and Power Devolution
3. Local Government/Local Government Autonomy
4. Public Revenue, Fiscal Federation and Revenue Allocation
5. Nigerian Police and Nigerian Security Architecture
6. Comprehensive Judicial Reforms
Related Posts

Dec 2, 2022
7. Electoral Reforms to strengthen INEC to deliver transparently credible free and fair elections
8. Socio-economic and cultural rights as contained in Chapter 2 of the constitution
9. Strengthening the Independence of oversight institutions and agencies created by the constitution or pursuant to an act of the National Assembly
10. Residency and Indigene Provisions
11. Immunity
12. The National Assembly
13. State Creation
All proposals and memoranda are to be submitted to the Secretariat of the committee in Room 0.28, Senate New wing, National Assembly Complex, Abuja, not later than 14 days from the date of this publication or they may be sent electronically to the email address of the committee’s Secretariat (08033109357/ 08097522601) namely scrc9nass@gmail.com.
Signed:
Senator Ovie A. Omo-Agege
Deputy President of the Senate/Chairman
25
Share FacebookTwitterWhatsAppEmailTelegram