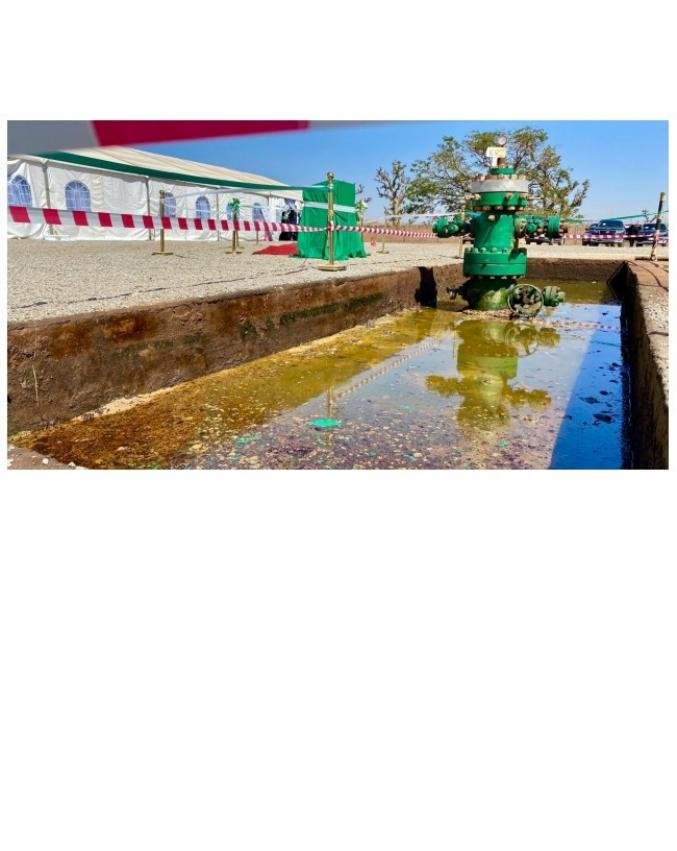 Oil exploration at the Kolmani River located between Gombe and Bauchi states has already attracted over $3million foreign direct investment and will boost Nigeria’s fortunes and earnings,

Jan 27, 2023
He spoke at the official flag-off of Kolmani Integrated Development Project in the North-East, the first oil drilling  project in northern Nigeria.

(Plateau) were among those in attendance.
There were also Minister of State for Petroleum Resources, Timipre Sylva; Group Chief Executive Officer of Nigerian National Petroleum Company (NNPC) Limited, Mele Kyari; and the Group Managing Director of the New Nigeria Development
Company, Shehu Mai-Borno.
It would be recalled that NNPC had in 2019 announced the discovery of crude oil in the Kolmani River region.
As a follow-up, Section 9 of the Petroleum Industry Act (PIA), signed by the President, established the Frontier Exploration Fund (FEF) with 30 percent of the profit from NNPC’s upstream oil and gas contracts allocated for the purpose of oil exploration
in Kolmani as well as Anambra, Dahomey, Bida, Chad and Benue Trough.
Also during the event, Tinubu said he would not stop Federal Government’s exploration efforts in all the frontier basins in the country.
Tinubu said he would pay particular attention to recharging Lake Chad.
The presidential flag bearer hailed President Buhari for the historic achievement of kick-starting oil exploration in the core north, noting that he always believed that every part of Nigeria is blessed.
Tinubu rallied support to fully develop every part of the country’s potential for national prosperity, pledging his preparedness to intensify the search for crude oil in Borno, Sokoto, Bida, Anambra and other basins along Lake Chad.
His statement read in part: “The effort to find hydrocarbon deposits in our frontier basins has now paid off. The successful delivery of this project will elevate energy security for the country, and promote economic growth and prosperity for all
our people.
‘’I would like to commend President Buhari and the NNPC team for being steadfast and for the hard work.”
18
Share FacebookTwitterWhatsAppEmailTelegram