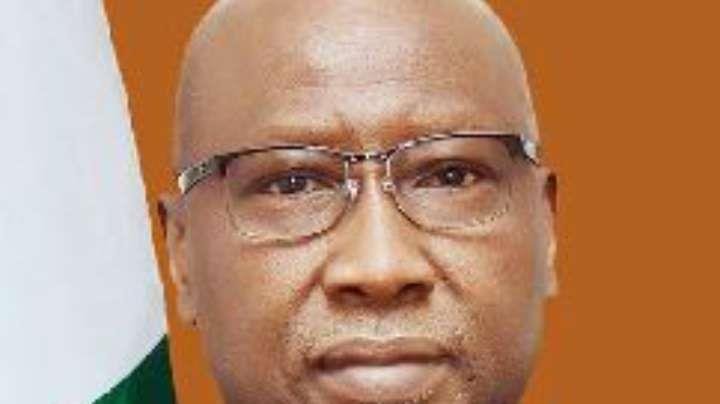 The Deputy Speaker of the House of Representatives, Ahmed Idris Wase has described the Secretary to the Government of the Federation, Boss Mustapha as a man of ideas who has brought his wealth of experience to bear in the rebuilding process of the country by President Muhammadu Buhari.

Wase in a statement signed by his Chief Press Secretary, Umar Mohammed Puma congratulated the SGF on his 64th birthday, saying he was one among Nigerians who have truly committed their lives to service to humanity and the nation.

He described Mustapha as “a man of ideas, a well-rounded lawyer, an astute politician, a scrupulous and conscientious administrator who has brought his laudable leadership qualities to bear on the administration of President Muhammadu Buhari.”

The Deputy Speaker stressed that as the Secretary to the Government of the Federation, Mustapha’s ingenuity in reengineering and repositioning the nation’s public service for optimal results was not on doubt.

He commended the SGF for effectively leading the fight against the Coronavirus pandemic saying as the chairman of the Presidential Task Force, Mustapha displayed a high sense of competence and management that has resulted in the successes recorded by the nation in the last six months.

“I commend Boss Mustapha for leading an effective and efficient campaign against the deadly coronavirus through the Presidential Task Force on COVID-19, which has been able to keep the level of infection very low in the country.

“As the head of the federal government team, Mustapha has been able to prove those who had projected that the virus would deal a devastating health challenge on the lives of millions of Nigerians. But today, Nigeria remains one of the countries with the best management records against the disease.”

He prayed Almighty God to protect, preserve and grant him many more fruitful years of selfless and meritorious service to the nation.