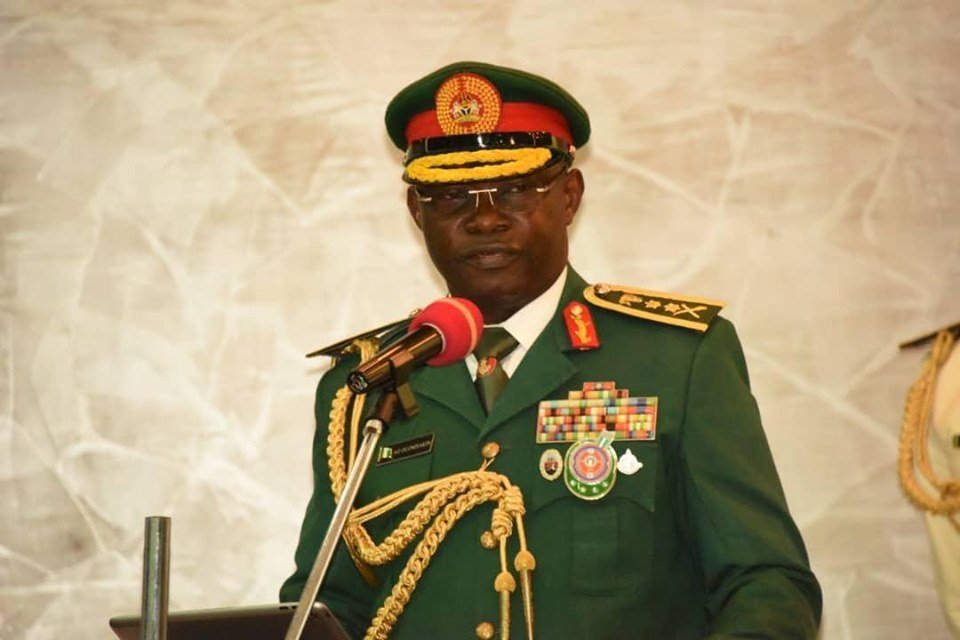 The families of some soldiers who lost their lives in the fight against Boko Haram insurgents in the Nigerian northeast are still waiting for the gratuities of the fallen heroes, months after the Nigerian Army promised them a prompt payment, this newspaper’s findings have revealed.

PREMIUM TIMES investigation in April exposed how the military abandoned the family of Sunday Orji, an officer with army number 04/55/1726 who had died on the battlefield in 2015. It was the same treatment for the family of Sunday Samuel (Army number 01/NA/50/725) who died in an attack by the insurgents on Maiduguri, Borno State in 2017.

This newspaper’s investigation revealed that many widows of slain soldiers now engage in the production of garri, a Nigerian staple food made from cassava, for survival while the kids of many have been dropped out of school.

After this newspaper’s report in April, the defense headquarters reached out to Emelia Orji, wife of one of the slain soldiers, on April 24 with the promise to pay her husband’s gratuity that month.

“The Nigerian Army has called me from Abuja. They said they will pay me this month after seeing my name in the newspaper,” she told PREMIUM TIMES in May.

Mrs. Orji said she submitted all the necessary documents to claim her husband’s entitlement in Bonny Camp after she was asked to do so. However, five months after, she has heard nothing from military authorities.

“I was not allowed to enter Bonny Camp in August when I went there for an update. We are still battling with hunger,” she told PREMIUM TIMES on Thursday.

Like late Orji’s family, the military also reached out to Janet Samuel, the daughter of Sunday Samuel identified in our report.

She told our correspondent that a week after the report was published, some military officers in Odogbo Barracks in Ibadan visited the family and said that all his gratuity would be paid. But nothing has been done since too.

The defence headquarters reached out to our correspondent on many occasions to get the contacts of families reportedly neglected. Despite providing them with the information, no follow up has been done to pay them.

On May 9, an official of the Nigerian Army told our correspondent that the defence headquarters had reached out to the victims’ families and had also begun the process of payment.

In June, another official who identified himself as Major Ohaeri again requested for the contacts of the families with the aim of fast-tracking their payment. But he has not called any of the families, PREMIUM TIMES learnt.

Since then, the defence headquarters has failed to respond to this newspaper enquiries on why gratuities of the fallen heroes are yet to be paid after the families had submitted all the required documents to the pension board.

For the past two weeks, John Enenche, spokesperson of the defence headquarters, has refused to respond to PREMIUM TIMES’ follow up message on the matter.

However, senior military officers, who asked not to be named, told PREMIUM TIMES that unless pressure was mounted on military authorities, the families may never get their due.

“Except the military is pressurised, those families may not get anything,” one officer said.

The guidelines on the administration of pensions for Nigeria Armed Forces personnel provide that death benefits should be paid to the Next of Kins (NOKs) of officers who died in active service.

When officers die in active service, form 9B, a death certificate, letter of introduction of their NOKs, condolence letter from their last units, sworn affidavit deposed to by the NOKs authenticating them as NOKs, the ID card of the deceased personnel, passport photographs of the NOKs and any form of identification of the NOKs are expected to be sent to military pension board at Dutse-Alhaji, Abuja, by their respective offices.

These documents are used to process the death benefits which would be paid to the NOKs after interviews. A NOK Standing Committee conducts interviews for NOKs with a view to ascertain they are the rightful NOKs and to verify documents.

The committee then sends the NOKs with their files to the computer section for capturing of their biometric data preparatory for processing payments.

However, the rule did not stipulate how long it should take for the final payment of entitlements to be ready. It rather states that entitlements will be paid into the bank account which NOKs provided during the interview. This loophole makes it difficult to hold the Nigerian Army to account.

The rule says the Military Pensioners Board pays death benefits in batches as they are processed subject to availability of funds. While the board assured of prompt, accurate and efficient payment of these benefits to families of deceased, those who spoke with PREMIUM TIMES are yet to access these funds, in some cases, many years after completing the processes. This has further exposed the families to suffering

When contacted, Kehinde Abinuyo – a rights activist – told this newspaper that the failure of the military to care for families of slain soldiers is disturbing.

“How do you expect those on the field to concentrate when they are certain if they lose their lives, their families will be made to suffer. This is a sad case, the army must be willing to take responsibility.”