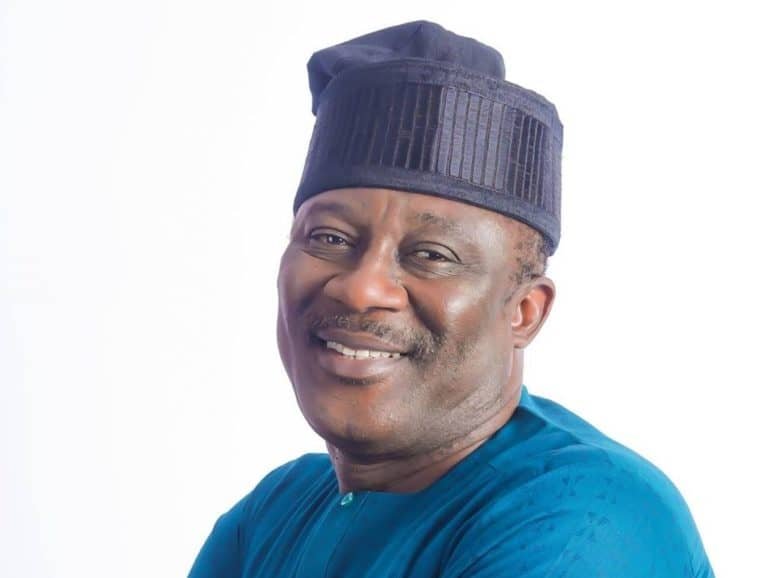 President Muhammadu Buhari has been urged to initiate moves to make Senator Smart Adeyemi the ruling All Progressives Congress (APC) governorship candidate in the November, 2023 election in Kogi state.

The fervent appeal came from Minister of Federal Capital Territory (FCT), Malam Muhammad Musa Bello, when he led a delegation of Christians and Muslim leaders including FCT stakeholders to State House to felicitate with President Buhari on Christmas.

Bello described Senator Adeyemi as a diligent man and one of impeccable character who offers selfless service.

According to Bello, having served as a three-term senator, Adeyemi possesses the necessary experience, capabilities and acceptability to ensure APC emerges victorious in the election.

Further praising Senator Adeyemi for being a patriotic party man who contributed massively to APC’s growth, the Minister lauded Buhari for letting power shift to the Southern part of Nigeria by 2023, urging him to let same scenario happen in Kogi state.

According to Bello, in the past 32 years of the state’s creation, the Eastern senatorial district of the state has produced three governors at various times over a 24-year span, while the Central zone had also produced a governor (the incumbent, Yahaya Bello), whose second term will end in 2023, even as Senator Adeyemi’s Western senatorial district has never produced a governor.

Speaking further, the Minister said Senator Adeyemi, who is the Senate Committee Chairman on FCT, has served in that capacity for two terms and proven to be one of the brains behind FCT’s development.

Bello continued, praising the senator as an honest politician and team player, stressing that he is accepted by every segment of Kogi state.

Also speaking, Senator Adeyemi lauded the president for being a father to all Nigerians, irrespective of tribe and religion.

He noted that his administration in the last seven years has fundamentally transformed the country in many areas.