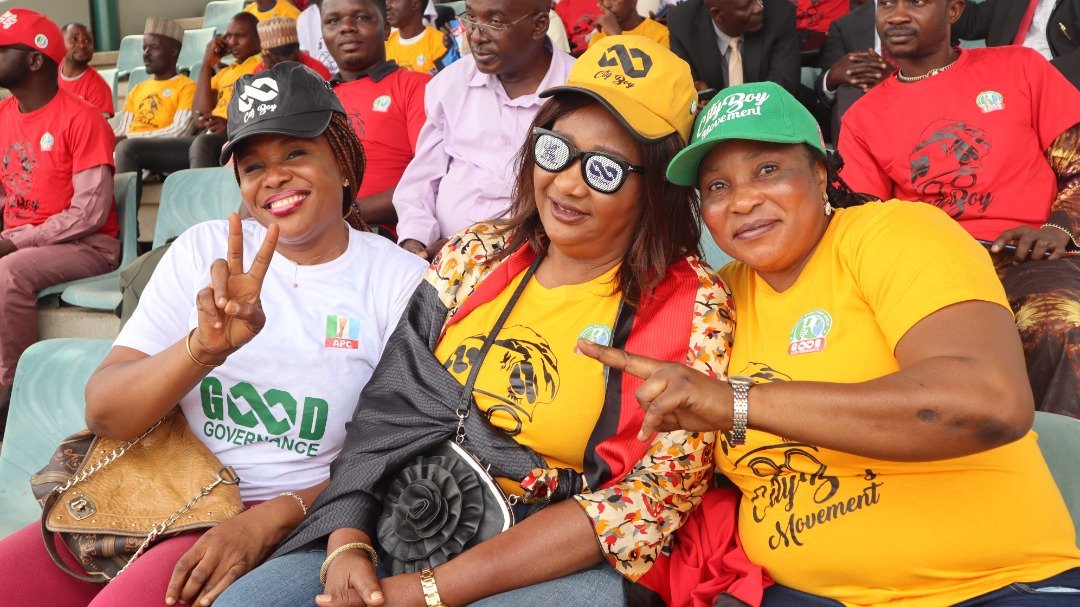 From as early as 6.00am, it was noticed that the usual heavy traffic on the mind-blowing roads in the city has been light as many vehicle operators, including commercial ones, stayed away or plied alternative routes, to make way for a hitch-free rally.

As of press time, security build-up around the Eagle Square venue of the rally was heavy and tight.

Heavily-armed personnel of the Nigeria Police Force, Nigeria Security and Civil Defence Corps (NSCDC), Department of State Services (DSS) and others were spotted on ground.

There was no visible harassment of people by the personnel, who were visibly alert to avert any potential untoward situation.

Scores of party supporters from different support groups drumming up support for APC presidential candidate, Asiwaju Bola Ahmed Tinubu, kept streaming into Eagle Square from Unity Fountain, where an unidentified official was said to have addressed them.

At Eagle Square, since about 11.00am, assigned party officials and others were seen accrediting and admitting members of the support groups into the Square.

The obviously cheerful supporters were dressed in brilliantly-colored attires depicting the values of APC and waved brooms as they moved about.

They arrived in their numbers, some holding hands—young men, young women, the elderly, everyone.