APC chairmanship: It’s up to party to decide — Yari 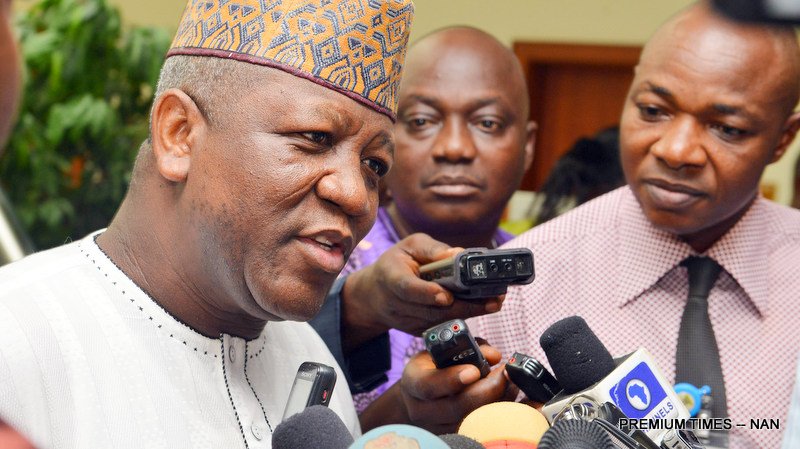 Former Zamfara State Governor Abdulaziz Yari says it is up to the All Progressives Congress (APC), to determine the geo-political zone that will produce its next chairman. Yari fielded questions from State House correspondents on Wednesday after meeting with Vice President Yemi Osinbajo at the Presidential Villa, Abuja
He said he was ready to join the race for the chairmanship of the party if it was handed to his zone. APC, at present, is run by a 13-member National Caretaker Committee chaired by Yobe State Gov. Mai Mala Buni. “I have said it several times that I know from the grassroots how the chairman is picked, either in the PDP, ANPP, CPC, I know how the chairman is picked.

“If they say the zone where I come from is favoured to pick it, of course, whole-heartedly, I will go for it.

“So, I know how the game is being played and I am ready to do it if I am trusted. So, there is no issue there.’’

On the reconciliation going in Zamfara, he said it was all about peace in Nigeria and APC.

He said there were many areas where reconciliation was needed, adding that the committee was doing a fantastic job.

I think the effort is being made by the party to see that reconciliation is made and also that the party can come back to its track.

“ You know the accident that happened in the state, which we are managing and then to ensure that we avoid it in the future.

“ So, I welcome any reconciliation that will be of benefit to my party in the state and at the national level.’’

He said that the most important thing was to be loyal to the party and try as much as possible to drive the manifesto of the party and work for it at all levels.
Vanguard News