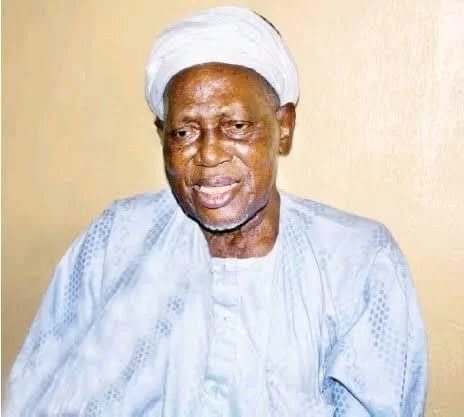 The nation today lost one of its remaining most illustrious elder statesmen, Alhaji MK Ahmed, a former secretary to political icon, the late Malam Aminu Kano.

He died in the early hours of today after a brief illness at the age of 89.

The group has the cardinal objective of mobilizing support for Tinubu and Shettima with the group being a pan-Nigerian organization possessing a network of supporters in more than 17 states of the federation.

A holder of the prestigious national honour of Member of the Order of the Federal Republic (MFR), the deceased held the revered traditional title of Sarkin Yakin Lokoja.

The late MK Ahmed left behind many children. His janaiza (Islamic funeral rites) were scheduled to take place by 2:00 pm at Emir’s Palace in Kano. Son of the deceased, Alhaji Nasser, like his father, holds one of the most prestigious chieftaincy titles, Dan Darman Lokoja, in
the Lokoja Emirate.

He is also an erudite legal luminary and a tycoon with many philanthropic interventions to his credit.

APC’s Chances Soar in Sokoto ahead of 2023