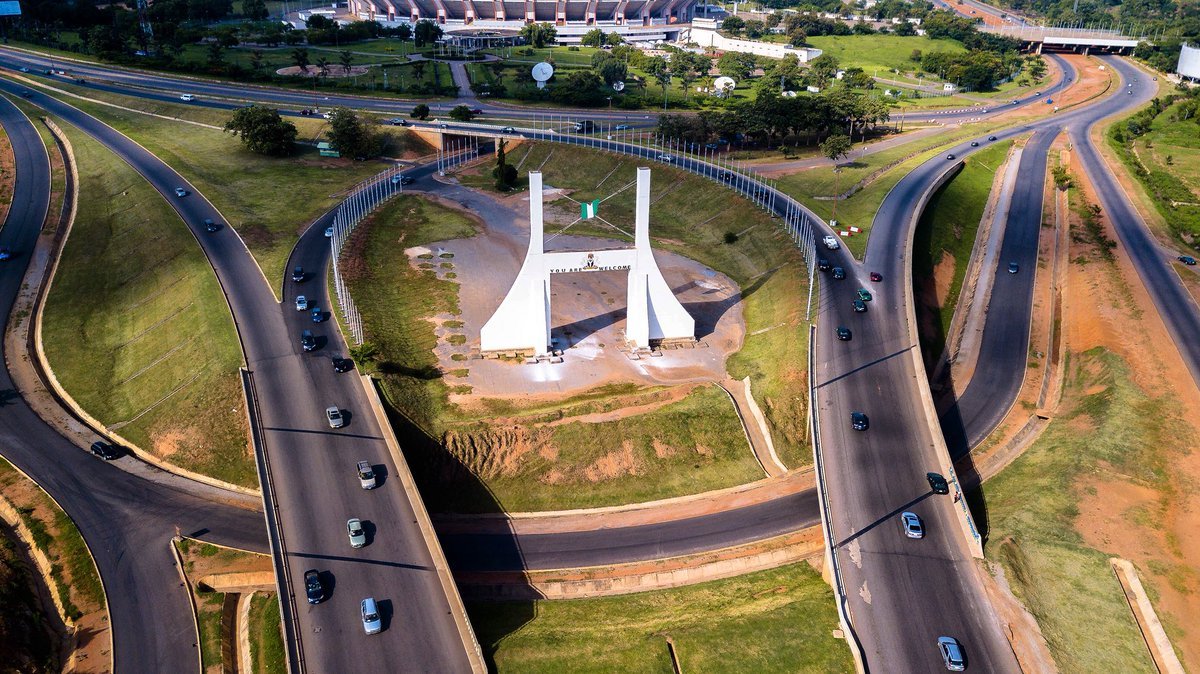 It is the capital city of Nigeria located in the Centre of the Country within the Federal Capital Territory (FCT).

It is a planned city, designed as a new national capital city to replace Lagos, and was built mainly in the 1980s, replacing the country’s most populous city of Lagos as the capital on 12 December 1991.

Abuja’s geography is defined by Aso Rock, a 400-metre (1,300 ft) monolith left by water erosion. The Presidential Complex, National Assembly, Supreme Court and much of the city extend to the south of the rock. Zuma Rock, a 792-metre (2,598 ft) monolith, lies just north of the city on the expressway to Kaduna.

At the 2006 census, the city of Abuja had a population of 776,298 making it one of the ten most populous cities in Nigeria.

As of 2015, the city experienced an annual growth of at least 35%, retaining its position as the fastest-growing city on the African continent and one of the fastest-growing in the world. As at 2016, the metropolitan area of Abuja is estimated at six million persons, placing it behind only Lagos, as the most populous metro area in Nigeria.

Abuja is Nigeria’s Administrative and Political Centre. It is also a key Capital on the African Continent due to Nigeria’s Geo-political influence in regional affairs. (Wikipedia)

Abuja is also a conference Centre and hosts various meetings annually, such as the 2003 Commonwealth Heads of Government meeting and the 2014 World Economic Forum (Africa) meetings.

“Abuja” was in the earlier 20th Century the name of the nearby town now called Suleja.

The indigenous inhabitants of Abuja are the Gbagyi (Gwari), with the Gbagyi language formerly the major of the region language, and others in the area being Bassa, Gwandara, Gade, Dibo, Nupe and Koro.[citation needed]In light of the ethnic and religious divisions of Nigeria, plans had been devised since Nigeria’s independence to have its capital in a place deemed neutral to all major ethnic parties, and also in close proximity to all the regions of Nigeria. The location was eventually designated in the Centre of the country in the early 1970s as its signified neutrality and national unity. Another impetus for Abuja came because of Lagos’ population boom that made that city overcrowded and conditions squalid.

As Lagos was already undergoing rapid economic development, the Nigerian regime felt the need to expand the economy towards the inner part of the country, and hence decided to move its capital to Abuja. The logic used was similar to the way Brazil planned its capital, Brasília. The decision to move to Abuja was made by General Murtala Mohammed in 1976. Construction started in the late 1970s but, due to economic and political instability, the initial stages of the city were not complete until the late 1980s. The master plan for Abuja and the Federal Capital Territory (FCT) was developed by international Planning Associates (IPA), a consortium of three American firms: Planning Research Corporation; Wallace, McHarg, Roberts and Todd; and Arch systems, a division of the Hughes Organization.

The master plan for Abuja defined the general structure and major design elements of the city that are now visible. More detailed design of the central areas of the capital, particularly its monumental core, was accomplished by Japanese architect Kenzo Tange, with his team of city planners at Kenzo Tange and Urtec company.

Most countries relocated their embassies to Abuja, and many maintain their former embassies as consulates in Lagos, the commercial capital of Nigeria.

Abuja is the headquarters of the Economic Community of West African States (ECOWAS) and the regional headquarters of OPEC. Abuja and the FCT have experienced huge population growth; it has been reported that some areas around Abuja have been growing at 20% to 30% per year.

Squatter settlements and towns have spread rapidly in and outside the city limits. Tens of thousands of people have been evicted since former FCT minister Nasir Ahmad el-Rufai started a demolition campaign in 2003.

The FCT experiences three weather conditions annually. This includes a warm, humid rainy season and a blistering dry season. In between the two, there is a brief interlude of harmattan occasioned by the northeast trade wind, with the main feature of dust haze and dryness.

The high altitudes and undulating terrain of the FCT act as a moderating influence on the weather of the territory. The city’s inland location causes the diurnal temperature variation to be much larger than coastal cities with similar climates such as Lagos.

Rainfall in the FCT reflects the territory’s location on the windward side of the Jos Plateau and the zone of rising air masses with the city receiving frequent rainfall during the rainy season from April to October every year.

People awarded the Honorary citizenship of Abuja are: