The All Progressives Congress (APC) has said its presidential candidate, Bola Tinubu, does not need to show anyone his certificate of medical fitness. 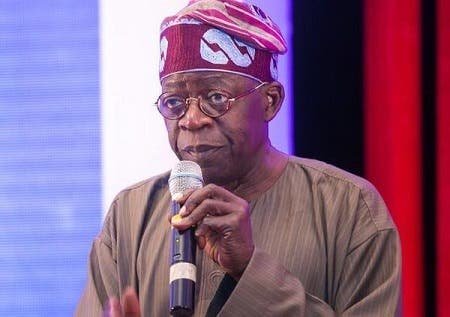 Newsmen reports that concerns have been raised about Tinubu’s health, with the APC presidential candidate missing the signing of the Peace accord for the 2023 elections and other notable events.

Speaking on Tuesday during a television interview, APC Spokesman, Felix Morka, said the party knows that Tinubu’s body is old or aged but noted that his mind is still very fit and healthy.

The party spokesman maintained that its presidential candidate would not be stampeded into showing Nigerians his medical certificate for the sake of politics.

Morka said the only way Tinubu can show his medical certificate will be if the presidential candidate of the Peoples Democratic Party (PDP), Atiku Abubakar, and that of the Labour Party (LP), Peter Obi, show theirs.

He said: “Our candidate, Bola Tinubu is as fit as anyone. I am not saying this to be political. For the purpose of this discussion, you have raised the question of his health. From my knowledge, even though I am not a medical doctor, from observing him, being around him, engaging with him, and many times over the last few months that I have been at the campaign council, in meetings with him and observing him meeting with others, his schedule will make anyone else, who think they are as fit as fiddle, to actually get dizzy.

“Who says that the older you are, the more vulnerable or the quicker you are to the grave? Who says that? That is the assumption I find a bit disturbing. Because the fellow is an elderly person, therefore he is going to kick the bucket.

“My point is that there is no assumption that should inform our conversation around those who compete. I don’t know of any candidate in this election who has offered us their own medical records. Even the younger ones among them, no one has done that. I am not privy to that and I have not seen anyone.”