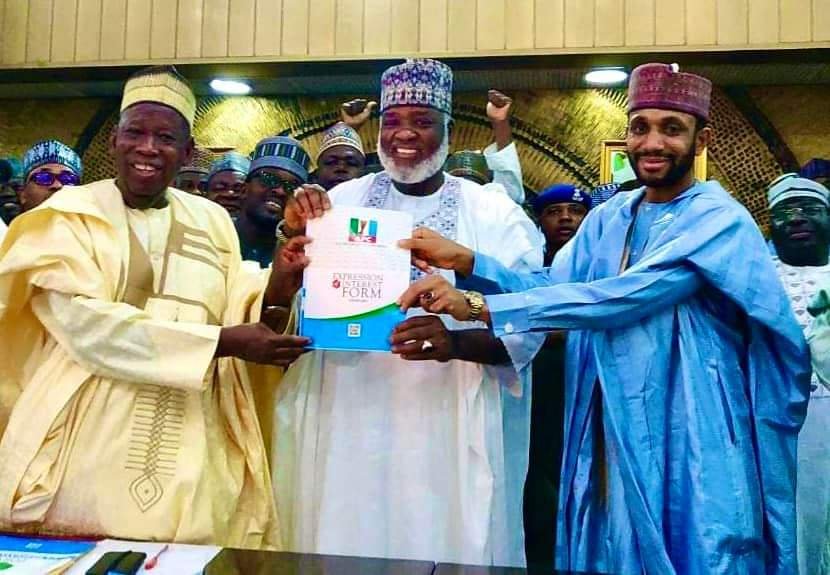 Recall that the governor and some party leaders endorsed Gawuna for the governorship ticket with former Commissioner of Local Government and Chieftaincy Affairs, Murtala Sule-Garo, eventually convinced to drop his ambition and accept the slot of running mate.

The decision was put forward on Tuesday to an expanded stakeholders’ meeting of the party and was anonymously adopted.

Ganduje was also endorsed for the Kano number one seat in 2015 by his successor, Rabiu Musa Kwankwaso, whom he worked under two times as deputy but both soon fell out shortly after the 2015 election and have remained at daggers-drawn.

But the governor told Kano APC stakeholders on Tuesday that his decision on Gawuna was “unanimously taken after exhaustive deliberations with all the stakeholders of the party, adding that, all party procedures were followed before arriving at the position”, a statement by his Chief Press Secretary, Abba Anwar, said.

“As governor produced Deputy to become governor. This time around, my Deputy Dr Nasiru Yusuf Gawuna is our choice for the gubernatorial seat come 2023 general election. So also he will contest with Murtala Sule Garo as his running mate,” the governor was quoted to have said.

Ganduje also described Gawuna “as a complete gentleman who knows what is right and what is wrong. A person who is reliable and very loyal.

“He makes good use of his office a very loyal lieutenant, who is very loyal and dependable.”