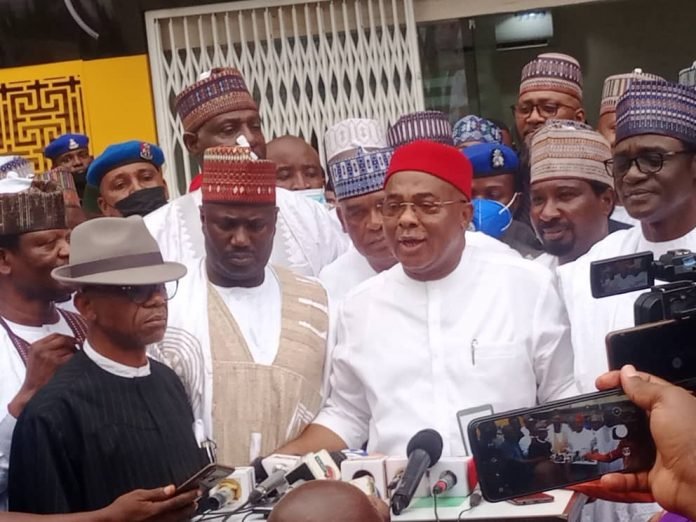 The President of the Senate, Federal Republic of Nigeria and presidential aspirant under the All Progressives Congress Presidential (APC), Senator Ahmed Lawan, has submitted his Nomination and Expression of Interest forms.

The Governon of lmo State and former Senator, Mr Hope Uzodinma, the Yobe State Governor, Mai Mala Buni, Senator Sabi Abdullahi among other Senators submitted the form on behalf of Senator Lawan on Friday at the party secretariat Abuja.

Speaking to newmen at the party’s secretariat shortly after, Governor Hope said they came to show support for the Senate President, tagging it E-spirit de corps’ as most of them are from the National Assembly. 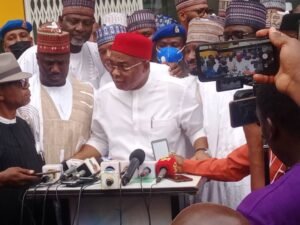 According to the lmo State Governor,  he is on borrowed status as the Governor, saying  he left the Senate on sabbatical to go and contest Governoship election.

“Like you know most of us here are from the National Assembly, some serving some are non serving. Particularly like me I left the senate on sabbatical to go and contest election in Imo state and I’m on borrowed status in Imo state as the governor. Today we are here in solidarity to accompany our leader the Senate President to submit his duly completed forms