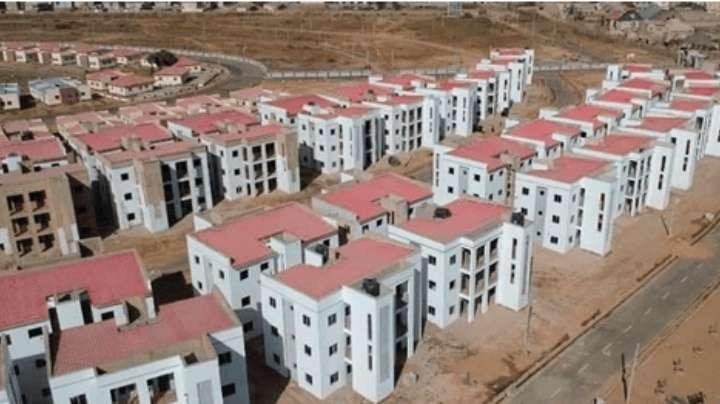 Efforts to fast-track processes for Federal Government’s mass housing strategy for the creation of 1.8 million jobs, starting with the construction of 300,000 houses in the next 12 months are yielding results as 11 states out of 36 have made land available for the programme.

Vice President, Yemi Osinbajo, while disclosing this at a forum in Abuja, said the housing units would be built by young engineers, architects and artisans across the country.

According to him, the Federal Government hopes to build thousands of two-bedroom apartments for about N2 million each. He stated that the central authorities was concerned in saving jobs and creating new ones, adding that about 300,000 low cost houses would be built in the process.

The vice president said: “We have a design to bring in two bedroom for between N1.8 million and N2 million. “Eleven state governments have provided land and these houses are to be built by young engineers, architects and artisans. We hope to build thousands of two-bedroom apartments.

“We will use local materials and resources, doors, windows, nails, frames will be sourced locally.” According to him, each state would own its system production units, saying it was all about local production of building.

“Contractors that will be building the land will be small businesses that will register online in different states. This is small businesses; small construction companies building batch of houses across the country. We are going to engage young young engineers, architects, surveyors and the likes,” Osibanjo said.

More states are expected to join the train as features of the strategy include development of standardised home design to streamline production methods and costs, engagement with states governments to provide suitable land banks and giving construction contracts with guaranteed off-take to a mix of established developers and consortiums of young professionals in the building sector.

According to the second track of Mass Housing Strategy of the Nigerian Economic Sustainability Plan (NESP) 2020, the Federal Government plans to utilise existing institutions to build 25,515 affordable homes across the country in the next 12 months at the estimated cost of N317.3 billion.

“The first track is aimed at easing bottlenecks in the delivery of social housing while the second track will deliver affordable homes through direct government interventions in house construction,” the NESP document read.

The existing institutions for the implementation of the 25,515 affordable housing units comprise the Federal Ministry of Works and Housing, Federal Mortgage Bank of Nigeria and Federal Housing Authority. As its guiding principle, the document said that government was trying to optimise job creation potential of the housing sector to deliver affordable housing across the country.

To make the project a reality, according to the NESP document, the Federal Government would work with states to identify land for housing construction. The project elements target 100 per cent local input for construction by engaging the housing industry supply chain in its entirety including mort-  gage banks, developers, builders and artisans.

The breakdown under second track read: “Between them, the Federal Housing Authority, the Federal Mortgage Bank of Nigeria and the Public Building and Housing Development Programme will support the creation of construction and associated jobs over the next 12 months.

“This will involve building 10,840 units of low, medium and high income units across the six geopolitical zones.” Under the Public Building and Housing Development Programme, it stated further that additional 12,008 houses would be built, adding that a programme of extensive rehabilitation and restoration of public buildings would be implemented all over the country.

Besides, the NESP stated that FMBN would also provide construction financing, for up to 2,667 housing units per year with arrangements for off-take being organised through a Cooperative Housing Development Loan Scheme and a National Affordable Workers’ Housing Scheme.

An Executive Order to implement the National Public Buildings Maintenance Policy, the document showed would be issued to facilitate the survey and maintenance work on public buildings.

The document emphasised that the implementing agencies would engage with off-takers in the private and public sectors through employee cooperatives. “It will ensure the use of local content in construction, rehabilitation and maintenance work. Issuance of Executive Order on the implementation of the National Public Buildings Maintenance Policy,” the document read.

In the first track, in addition to the jobs created in the process of increasing the national housing stock, the document said the strategy would also motivate increased domestic production of building materials.